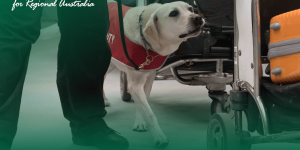 The Nationals in government has boosted biosecurity funding by $66.6 million to arrest the threat posed to Australia by the global advance of African swine fever (ASF).

Nationals Senator for Victoria and Minister for Agriculture, Bridget McKenzie, said the government’s focus was on keeping ASF out of Australia and the extra funding would put more officers, detector dogs and state-of-the-art x-ray machines on the front line.

“Australia’s biosecurity system protects us from a range of threats that could devastate our economy, food industries, trade, environment and our way of life, she said.

“ASF is potentially one of the most damaging animal disease events the world has seen and is on our doorstep in Timor-Leste. If this disease gets in it could decimate our pork industry that contributes $5.2 billion to our farmers’ hip pockets, regional economies and the nation’s bottom line. Our agricultural sector, already battling drought, can’t afford to take a hit of that magnitude.

“We export 70 per cent of what we grow and we’re in demand internationally because of our reputation for safe, clean and green food and fibre – a reputation built on our pest and disease free status.

“Right now the threat is ASF – there’s no cure, no vaccine and about a quarter of the world’s pigs have been wiped out because of it.”

“While our efforts are focused on meeting the ASF threat now, there are many other pests and diseases that could hurt our agricultural sector, our human health and our unique environment if they get past our borders,” Senator McKenzie said.

“The task of maintaining biosecurity is growing and resourcing is not keeping pace.”

“The government is also proceeding with a biosecurity levy, in line with our commitment made in May 2018 and will legislate it next year. The new levy model will be developed in consultation with the importing industry and will be applied onshore to importers who use the biosecurity system.”