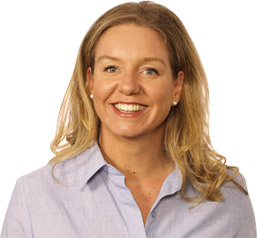 Senator the Hon Bridget McKenzie was privileged to be sworn in a Minister of the Crown in July 2021.

Born and raised in rural Victoria, Bridget was encouraged to be proud and passionate about regional Australia.

A staunch supporter of the small business, agriculture, forestry, mining and manufacturing industries, she is looking forward to promoting and supporting safe and prosperous regional communities.

Bridget firmly believes it is in the national interest for regional Australia to be strong and successful. She recognises the importance of jobs, education, a skilled workforce and self-sufficiency.

Previously, Bridget McKenzie had the honour of serving as Deputy Leader of the Nationals (2017) and was appointed Australia’s first female Agriculture Minister (2019).

It was during this time she introduced key policies such as the dairy code, as well as boosted biosecurity measures to help protect Australia’s primary industries.

In addition to her current ministerial role, Bridget is also the Leader of the Nationals in the Senate and is the first woman to be elected to that position.

As Minister for Rural Health (2017), Bridget drove the establishment of the Murray Darling Medical School to increase the number of GP’s practicing in rural areas.

During the 2019-20 bushfires, she advocated for the provision of emergency support and recovery projects to assist affected communities to recover.

Among her other achievements, Bridget fought to achieve landmark legislation for cooperatives, including support for Australia Post to ensure its focus on rural and regional Australia and equitable local content in regional broadcasting.

In 2019 she authored on contributions made to the nation by former Prime Minister and Country Party giant, Sir John ‘Black Jack’ McEwen.

Bridget lives in Wodonga and enjoys all things outdoors, including learning to play golf, shooting and sailing when she can.