Call on ABC to support local women in sport 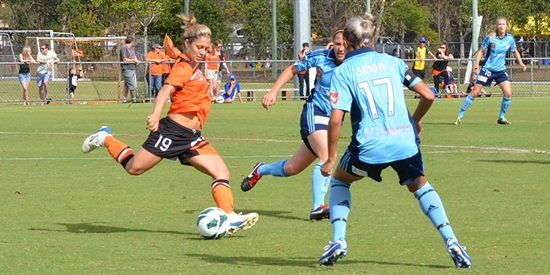 WOMEN IN SPORT COULD BENEFIT FROM ABC CHANGES

National Party Senator for Victoria, Bridget McKenzie said today football,
netball, cricket, basketball and other women’s sports played at community level
should receive more coverage on ABC networks and would if the Commission wasn’t
obsessed by competing with commercial networks for ratings.

“Back when the ABC was set up in 1932 it was designed to provide a
service for all Australians across a wide section of the community.

“It didn’t depend on ratings and it never should. If it gave up
this pointless battle with the large commercial networks, their billion dollar
budget could be much better directed to provide a service that its audience
would love, particularly in regional areas”, Senator McKenzie said.

“Let’s expose those top athletes to more radio and television time
on the ABC, the audiences would love it.

“The ABC has dropped the ball in providing adequate coverage of
women’s sport in this country with the major networks reaping the rewards of
paying for broadcasting rights of top women’s sporting events like netball,
cricket and football.

“Look at the growing audiences for women’s football with the
Matildas who have just been linked with the Seven Network or the Southern Stars
cricket side, both featuring magnificent athletes finally getting some of the
exposure they deserve.

“Although ABC Managing Director Mark Scott defended the
Corporation’s spend on local news programming while appearing at Senate
Estimates this week, I disagree that his assertion that extra government
funding is the only way to increase localism in regional areas.

“I encourage regional Australians to make a submission to the upcoming
inquiry into the ABC, to make their views heard on what the ABC should provide
to the regions.

Submissions to the inquiry on ABC inquiry close on the 26 February
2016 with the Final Report scheduled to be tabled in the Senate on the 20th of
June this year. Details at:

The Committee Secretary at: