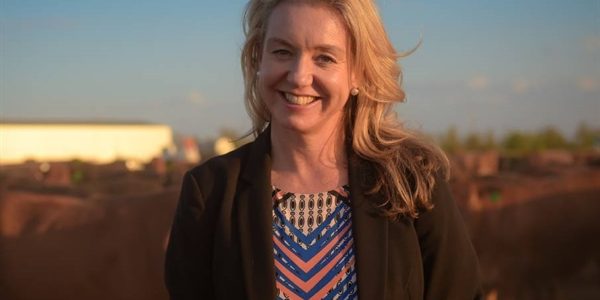 THE LAND
By Mike Foley

AUSTRALIA'S new Agriculture Minister Bridget McKenzie steps into her role promising to prioritise consultation and collaboration over a reform agenda.

“My style is to work with industry,” Ms McKenzie said.
“That is how I like to develop my perspective on an issue. Sure, get the experts in, but then truth test it on the ground with producers and stakeholders.”
Describing herself as first and foremost a “proud country Australian”, Ms McKenzie said in her maiden speech in parliament that she was a true conservative and her goal was “to reflect and represent rather than revolutionise”.
Ms McKenzie, aged 49, is halfway through her second six year term in the Senate, coming to Canberra in 2011 as a Victorian representative of the Nationals.
She has four children from her first marriage, grew up in Benalla, Victoria, and comes from a long line of farmers.
From the 1850s three generations of her mother's family were pioneering cattlemen at Omeo, in Victoria's high country. In the 1950s the maternal side of her family came off the high plains to eastern Victoria.
“My grandmother wanted her daughters educated and there were no schools up there,” Ms McKenzie said.
“My grandfather sold the farm because he only had daughters. That was in the 70's and it shows how times have changed. If that happened now there would be a discussion about the daughters taking it on.”
Ms McKenzie's father was a logging trucker. In the 1980s he owned a milk supply business in north east Victoria, and he also headed up a local dairy association.
She was a high school maths and physical education teacher in Gippsland for five years, then a university lecturer for one year, before she gained a place on the Nats' Senate ticket.
Ms McKenzie was elected Deputy Nationals Leader in December 2017, after Fiona Nash was disqualified from the Senate over dual citizenship. She became a Cabinet Minister when she was appointed Minister for Rural Health, Regional Communications, and Sport in late 2017.
Despite plenty being made of her being Australia's first female agriculture minister, gender isn't an issue for Ms McKenzie.
“I've had a lot of women in agribusiness and on-farm tell me how excited they are to see a woman in the role,” Ms McKenzie said.
“I don't use that lens myself. Women have come to the forefront and that is something we'll continue to see as women in agriculture find their voice and turn to business leadership.”
Ms McKenzie's initial priorities are defending the social licence to farm, trade, biosecurity, access to labour, and new laws to tackle the rise of animal activists targeting farming enterprises.
She entered the ag portfolio with a degree of controversy when she replaced Nationals MP David Littleproud and busted up the Agriculture and Water ministries.
In the post-election Cabinet reshuffle Mr Littleproud retained responsibility for water, and some of the most contentious aspects of his former portfolio as current Minister for Drought, Natural Disasters, Emergency Management and Rural Finance.
Ms McKenzie said portfolio arrangements were a “decision taken by the Prime Minister and Deputy PM”.
Mr Littleproud welcomed Ms McKenzie's appointment.
“The deputy leader of the National Party wanted agriculture and when you're the deputy leader you get to pick, that is only fair, and I know Bridget will do a good job,” Mr Littleproud said.