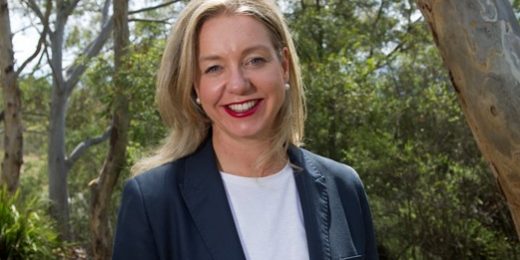 This past week or so we have put the regions at the heart of the Government’s policy.

That is a good thing.

Prime Minister Scott Morrison announced on October 15 that he was intending to go to Glasgow while also confirming the Government’s intention to agree to a net zero emissions target by 2050.

It was our job, as Nationals and as the second party of government, to make sure that the policy the Prime Minister took to Glasgow was right for the regions.

The left has tried to pull the wool over Australians that any transition to a decarbonized economy will be painless for regional Australia.

There is now a recognition that it won’t be.

Throughout the long-running and difficult debate on the Australia Government’s response to climate change, my position has been clear and consistent but has also come from the heart of my values as a member of the Nationals.

That meant opposing Labor’s carbon tax; and Labor’s carbon emissions trading scheme, and other policy proposals that would drive up electricity prices.

However, I have always accepted the science of climate change and that technology would ultimately be the solution as it has through history. My public record supports this.

Not everyone in my party shares this view, but I respect other MPs’ right to voice their position throughout this debate.

But I do not I accept that we need to harm our standard of living or our way of life in order to get to a lower emissions economy or destroy our regional export industries to achieve it.

We, as a Government, are backing Net Zero by 2050 because it is now the right policy for Australia, and because The Plan is right for the regions.

This is because we have worked together as a Liberal and Nationals parties’ government to secure an outcome that supports jobs in the regions and secures our peoples’ future.

My public comments have been upfront and consistent.

I have always been committed to treading lightly on this earth.

The people in regional Australia are deep conservationists – long before the environment got weaponized for ideological reasons.

We care for the environment because we live in it, we live off it, and we prosper from it.

The Government’s position, that incorporates the Nationals’ views, provides a pathway forward that continues to do the right thing on reducing emissions, but also ensures that high emissions industries including mining and agriculture are supported and protected for regional communities.

The Prime Minister has said one safeguard that he will be taking to Glasgow will be a five-yearly review of the economic impacts of a 2050 net zero emissions target on regional and rural communities. The first assessment will be delivered in 2023.

This will allow Australians to hold governments to account for any impacts.

Australia is already doing more than our fair share on reducing emissions, and our technology not taxes roadmap to 2050 will allow us to do even more, while continuing to support our exports and local jobs.

It is a great shame, in fact, it is a travesty that other countries are not following Australia’s example.

We can and must do both.

All of my colleagues are united in trying to do what is right for the regions. That is our job. That is what we will continue to do.