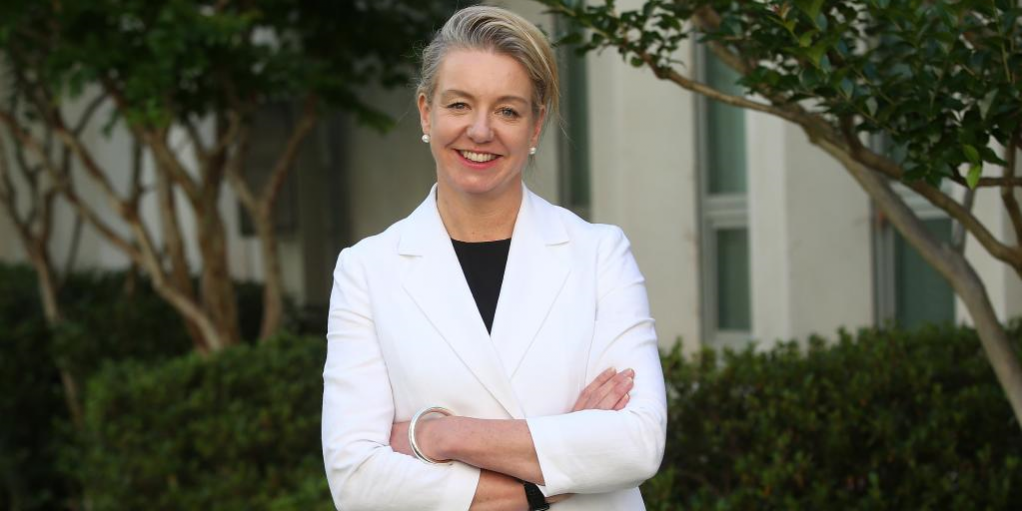 MINISTER FOR EMERGENCY MANAGEMENT AND NATIONAL RECOVERY AND RESILIENCE

BRIDGET MCKENZIE: Great to be with you, Raf.

RAF EPSTEIN: What did the National Party get in return for backing net zero 2050?

BRIDGET MCKENZIE: Well, Raf, we left our party room yesterday and have agreed in principle to support net zero emissions by 2050. And we’ve sought throughout this period to make sure that regional Australia is protected and that we’re securing a sustainable future for the regions, where the opportunities that are touted to come from this, over coming decades are actually secured for the regions. So as I’ve made clear and as others have too, this is now part of a Cabinet process. Cabinet will be discussing that shortly, and (inaudible)

RAF EPSTEIN: Okay so we can’t ask you to talk about something it hasn’t gone through Cabinet. That’s okay. Does it require legislation, though? Are you going to need to vote on this? Or is it just something the Government can decide with Cabinet?

BRIDGET MCKENZIE: Well, as you know, the Glasgow commitment is a period when, well, we’d like to see the whole world going. Unfortunately, President Xi and Putin aren’t rocking up, and I think India is wavering as well, which is disappointing given the amount of emissions those three countries contribute.

RAF EPSTEIN: I just wonder if you need to pass laws to deliver what the National Party wants.

BRIDGET MCKENZIE: No. Well, we’ve made it very, very clear. The Government has made it clear that they won’t be legislating the target. The Prime Minister has been unequivocal on that matter.

BRIDGET MCKENZIE: Well, I think over the last 14 years, what you’ve seen on the climate change policy debate is the Labor side of government actually has a plan to tax the economy to lower emissions. Our side of politics doesn’t think that’s the case. I mean, you’ve seen as a nation, we’ve lowered our emissions by 20 per cent and we’ve also grown jobs in the mining sector, in agriculture and the like. So you don’t necessarily need to be taxing the economy and taxing Australians to actually get emissions down.

RAF EPSTEIN: You could disagree with the way there, couldn’t you? You could say yep, 2050 net zero. Why not come to that earlier, I guess, is the question.

BRIDGET MCKENZIE: Yeah, well Raf our job, and for the National Party in government, is actually to ensure that any policy that the Government agrees to is right for the regions, and we’ve done our job this week.

RAF EPSTEIN: Not embarrassed at all that has taken you into nine years of government to come to the idea of net zero?

BRIDGET MCKENZIE: Well, Raf, the Australian people have voted against the Labor Party’s approach on climate policy for the last three elections. So it’s not just the National Party that’s been saying we don’t need a tax to do this and the stats and the facts bear that out because without a carbon tax, our country, every day Australians have been lowering their emissions by 20 per cent without the types of measures that the Labor Party put forward. You know, we’re actually looking forward to seeing those opportunities that will come in a decarbonised future being realised in the regions. And I’ve been very, very consistent on climate science for my entire period of time in Parliament. But this has been a totemic issue for the Nationals, and we’ve taken it very, very seriously to make sure that our people and the industries that underpin our local economies are considered in any plan that the Prime Minister takes to Glasgow.

RAF EPSTEIN: You mentioned climate science — the science is pretty clear. You have to do a lot more by 2030, don’t you?

BRIDGET MCKENZIE: Well, Raf, I’ve always accepted the science of climate change. I don’t, you know, argue the point. What I do argue is who pays and how much. And unfortunately, the plans being put forward by the Australian Greens, and by the Australian Labor Party in the past, have meant that it will be rural and regional Australians that are paying with their livelihoods. That is actually a fact. So we are comfortable that by committing to net zero by 2050, we can also simultaneously protect and secure the future for the regions, and that’s what we committed to yesterday.

RAF EPSTEIN: I guess what I’m curious to know is there are a ton of people who think you need to do a lot more by 2030. The scientists in your own government, who you endorsed, who contributed to the IPCC report, most of the business community, most of the biggest companies in the United States, Britain, Japan, the EU, the New South Wales Government, the Victorian Government, most MPs in the Parliament, including most Liberal MPs and most Labor MPs — they all think you need to do more by 2030. So what is it that you think you know that they don’t? Or maybe that you see that they don’t?

BRIDGET MCKENZIE: Well, I guess there’s quite a stereotype about who the National Party are, who people from rural and regional Australia are. I mean, the fact is we do care for the environment because we live in it, we live off it. And we were conservationists long before the environment got weaponised for ideology. That is actually the fact. And so people can stand up and say, we want to be net zero tomorrow, we want to shut the whole economy down. But we don’t think that’s actually the smart thing to do.

BRIDGET MCKENZIE: So Raf, with respect it’s not all the countries. So over 50 percent of the world’s emissions are handed out by major nations. And I mentioned three of them Russia, India and China. Now they don’t see it like you do. They don’t see it like the people that you’re quoting do. So why are they wrong? Are you going to call out Putin, Xi and Modi?

BRIDGET MCKENZIE: Well, I think it’s actually been a totemic issue for the National Party, and we’ve made our decision and we’ve been able to secure the future of regional Australia in the process. That’s the job we got sent to Canberra to do, and we did it despite there being a very wide variety of views within our room, as you would appreciate,

RAF EPSTEIN: Bridget McKenzie, you can hear we will get on to those COVID disaster payments in a moment. Let me ask this question. The argument put to the National Party is actually that you are you’re deserting the people who vote for you. If you don’t take those steps by 2030, then the people who you represent are actually going to suffer the most. And again, that’s most Australian scientists, all Australian academies, most of the business groups. So what do you say to that argument? Because you know that argument that you don’t understand your voters’ best interests?

BRIDGET MCKENZIE: No, no, Raf. What I’m saying is any plan that I’ve seen, and we looked at the Labor Party’s plan at the last election which was soundly rejected not just by regional Australia (interrupted). But no, but that had much more ambitious targets in this area. And I think that’s actually the fact because Australians know and the National Party knows that much more ambitious targets in this area will hurt our people and we’re not going to actually support measures that will. And I think that’s fair enough.

RAF EPSTEIN: Bridget McKenzie, it’s been pretty tough for Victoria and New South Wales, the lockdowns. Those COVID disaster payments that are similar but not precisely the same as JobKeeper, JobSeeker, they’re going to go pretty soon. What do you say to people who were getting them and won’t be getting them now?

BRIDGET MCKENZIE: Well, firstly, thank you to all Victorians who rolled their sleeves up. Our record vaccination rates are just amazing. So we’re looking like getting out of lockdown very, very quickly once we get to a 70 percent double vaccination rate, that means people that are on the COVID disaster payment, which is financial support that our Government has given individuals who’ve lost work as a result of lockdowns. And we want people to stay at home, obviously during that period of time. But once we get to 70 percent double vaccination rates, you’ll have to reapply for that each and every week to make sure that your circumstances still haven’t changed. Recognising in the National Plan that when we get to 70 percent, some industries will be open, others won’t be, and that’s reflective of state governments’ decisions. Once we get to 80 percent double vaccination rates though, we think that businesses should be open, Australians should be back at work. And the Doherty research suggests that lockdowns will be very, very rare. And so as a result, our payments reflect that. So when we get to 80 percent, they’ll be decreasing over two weeks, going down to $320 per week in the second week. But it has been tough for everyone and we’re nearly there, so hang in there.

RAF EPSTEIN: You can take this one, either personally or politically, what did you learn from the pandemic, do you think?

BRIDGET MCKENZIE: Oh, gosh. So much quarantine… what did I learn? When I speak to my friends and colleagues and family, learnt to reconnect with the people we love and how as humans, we are very social beings and I think we’ve all had a chance to reflect on what’s really important in our lives. That’s one of the things that I’ve done. I’ve got to go to Estimates, Raf. Sorry. Okay, ciao.