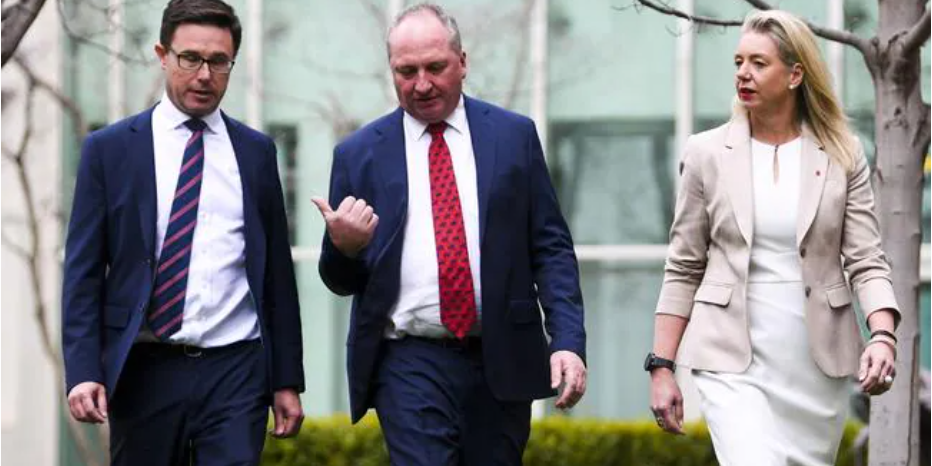 Three major industry bodies, which have been allies during the decade-long climate debate, have recently backflipped to support net-zero emissions by 2050. Interestingly, they have collectively recognised that the real impact of decarbonising our economy will be felt most acutely in regional Australia.

The Business Council of Australia, National Farmers Federation and the Minerals Council of Australia have all concluded the consequences of a net-zero emissions policy will hit our regional export industries, and people living in the lowest socio-economic electorates in the country, the hardest.

So what has changed? First, global finance has tacked against the wind, dramatically backing a lower-emissions future; second, our global geostrategic situation has changed; third, large developing nations (also the biggest emitters) are accepting they must contribute, and; fourth, there is an acceptance that technological innovation is key.

It is true the Nationals have been intransigent during this long debate and, while this has not made us popular in certain dinner-party circles, we have helped avoid bad outcomes for our nation and our communities. We have been doing our job for the people who sent us to Canberra.

We have avoided a carbon tax; we have overseen record growth in mining and agricultural exports; and we have pushed for technology solutions, while remaining committed to being careful stewards of the Earth.

All the while we have cut our emissions more than most of our competitor nations – 20.8 per cent below 2005, the baseline year for our 2030 Paris target.

As Minister for Regionalisation, I agree with the IPCC that urbanisation is a major source of emissions. As the most urbanised continent, any low-emissions future must focus on population and economic growth into the regions. Any talk of a “carve-out” for agriculture as a “win” for the Nationals is at best doublespeak. The contribution the agricultural industry and our farmers have already made to lowering emissions through the Kyoto Protocol has to be recognised.

The peak bodies have paraded before government a plethora of multibillion-dollar projects that could support “at risk” industries and help them transition to a new emissions light economy.

None has come close to a GDP- or population-proportionate equivalent of the EU’s €392bn regional Cohesion Policy. And Europe already has the advantage of zero-emissions nuclear power. Additionally, none of these proposed billion-dollar investments guarantees a positive future for the regions in a decarbonised world. Mandating these investments to be situated in the regions would. A net-zero emissions target by 2050 can be locked in but the consequences, beyond our terms in government, cannot.

If the past is anything to go by, mining and meat production have much to fear from a future Albanese-Bandt government, which would use existing UN processes to ratchet up emissions targets with careless disregard for the regions. If the BCA trumpets 195,000 new-economy jobs to 2070, while the Institute of Public Affairs says 653,600 jobs mostly in the regions are “at risk”, that is a net negative shortfall of 458,600 jobs. We want net-zero economic impact in the regions. And we want that guaranteed.

One mechanism to help future-proof regional jobs in a Glasgow pledge is the insertion of caveats that protect the regions.

The assessment, independent of the government of the day, would occur every five years in line with international processes.

Crucially, the mechanism would enable Australia to conditionally tie emissions reductions to positive regional socio-economic outcomes. If these were not being achieved, Australia would pause its climate plan rollout.

For many MPs, this will be the most far-reaching policy decision of their careers, which is why it has been such a divisive political issue for so long. This is not about getting us to the next election, this is about what happens to our people between now and 2050 and beyond.

One benefit of belonging to a century-old political party is that we see the consequences of previous generations’ decisions.

The brutal truth is that unless it is mandated that the technology road map will be actually delivered in the regions, it is meaningless.

For over a decade the BCA, NFF and MCA have all been arguing that we should not sign up because it would cost us too much.

Can you really ask us to sign up now unless we are guaranteed it won’t?