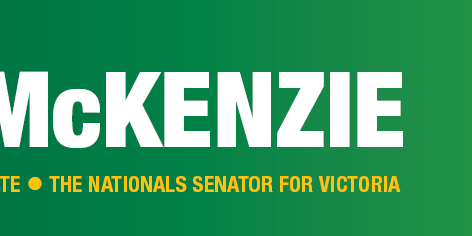 Senator McKenzie has strongly implored Premier Daniel Andrews to show some empathy for COVID-19 free rural and regional Victorians who have suffered untold financial and emotional damage during his extended forced restrictions.

“From the start of this tragic pandemic, rural and regional families have done their utmost to keep their communities safe and COVID-19 free, knowing their sacrifice was for the greater cause,” Senator McKenzie said.

“Premier Dan promised a roadmap for all of Victoria, but instead pulled a map straight from his old Melways focused on Melbourne, for Melbournians.

“A one-size-fits-all approach might work in suburban Melbourne. It does not work in regional Victoria, treating people in Wodonga the same as people in Werribee just doesn’t make sense.

“If the Victorian Premier instead chose the commonsense approach of rolling back restrictions based on Local Government Areas, using his own guideline of zero new cases recorded for the past 14 days, 37 Local Government Areas across rural and regional Victoria would be open for business right now.

“Premier Dan needs to show commonsense and compassion for these rural and regional Victorians and roll back restrictions on local fact-based evidence, it makes zero sense these LGAs remain under the same restrictions as communities that feed into Melbourne, such as Geelong.

“Victoria needs a roadmap that acknowledges and rewards what our regional communities have achieved.

“The Nationals have consistently called on state Premiers to act decisively with a targeted, localised approach to contain localised hotspots.

“Protecting the health of the Australian community is the number one priority but city-centric parochialism is creating a perception that regional communities don’t count.

“It is time the Victorian Government considers the health and wellbeing of all Victorians.”