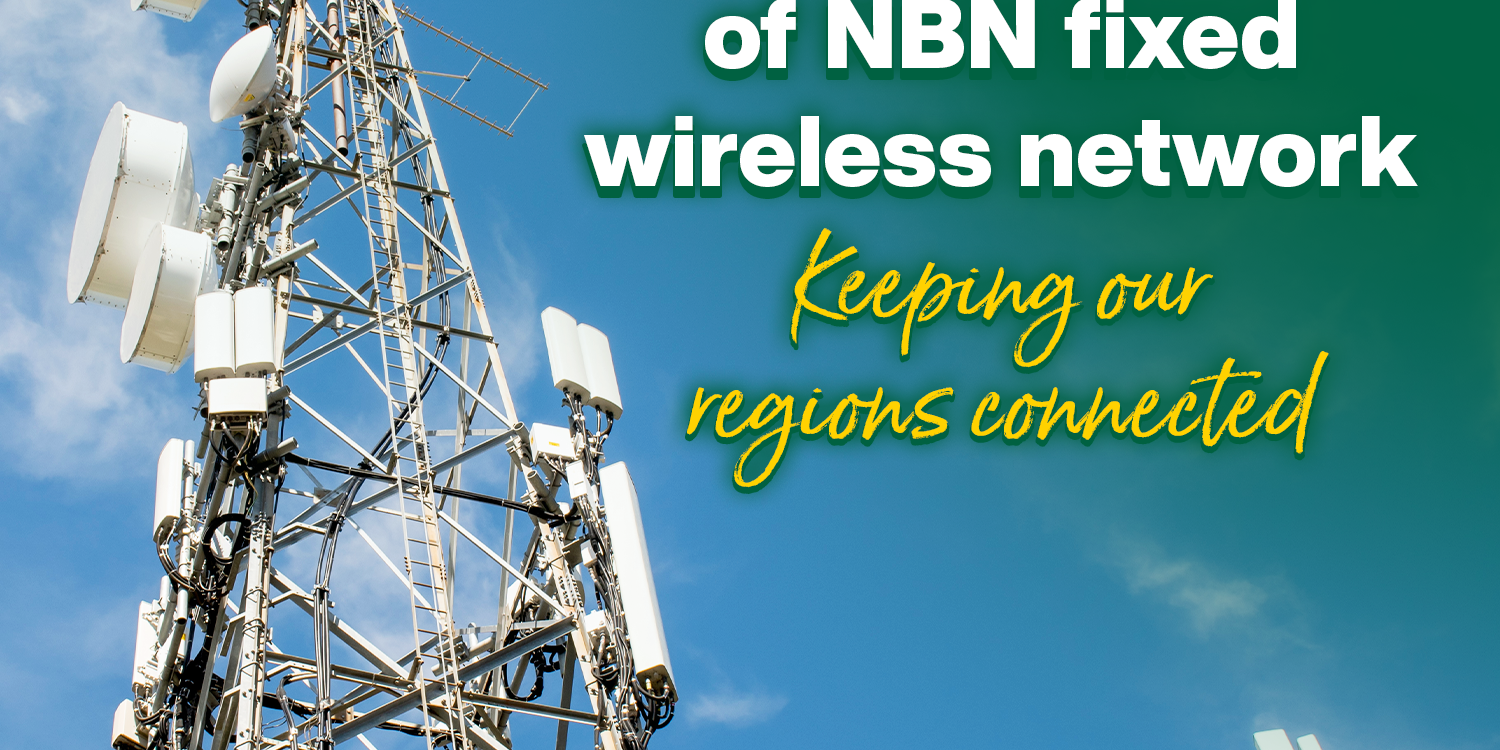 Indi will have access to a significantly more capable NBN network following a $480 million investment by the Liberal and Nationals Government in the 2022-23 Federal Budget.

Minister for Communications, Urban Infrastructure, Cities and the Arts, the Hon Paul Fletcher MP, said the investment in NBN Co’s non-commercial fixed wireless network will significantly improve the quality of services provided over the NBN fixed wireless and satellite networks.

“This means more people can be served by NBN fixed wireless; it means higher speed services on the NBN fixed wireless network, and it means households and business customers can use higher amounts of data. The upgrade will expand the fixed wireless footprint coverage by up to 50 per cent, enabling 120,000 additional premises to access fixed wireless services instead of Sky Muster satellite services,” said Minister for Communications, Urban Infrastructure, Cities and the Arts, the Hon Paul Fletcher MP.

This upgrade will see NBN offer new higher-speed services to the fixed wireless network: 100 Megabits per second (Mbps) to all 750,000 premises able to access the new, expanded coverage footprint, and a 250 Mbps service will be available to 85 per cent of premises.

It also means higher speeds during the “network busy hour” – the time of day when there are more internet users, typically around 8:00 pm.

“The NBN is a critical and core part of our national infrastructure and economy, enabling employment, connecting families, and supporting business, including in the electorate of Indi,” she said.

“This investment provides a comprehensive response to Recommendation 6 of the 2021 Regional Telecommunications Review and is one part of a suite of measures we will announce as part of the Government’s response to the Review in coming weeks.

“Regions across Australia made their voices heard through the Regional Telecommunications Review – telecommunications matters for every community, including ours, and this is a fantastic investment in the region’s future.”

“This is another important investment in the NBN that will deliver better and faster internet to Australian households and businesses across the fixed wireless network,” Minister Birmingham said.

“The NBN has been there to support Australians throughout the pandemic. Our Government will continue to make critical investments in the NBN that will enhance the internet experience for households and businesses right now and into the future.

The Committee’s report, titled Step Change in Demand, was presented to the Australian Government in December 2021 and tabled in parliament on 14 February 2022.

For more detail on the Hartsuyker Review and the Committee’s report, a Step Change in Demand, visit https://www.rtirc.gov.au/