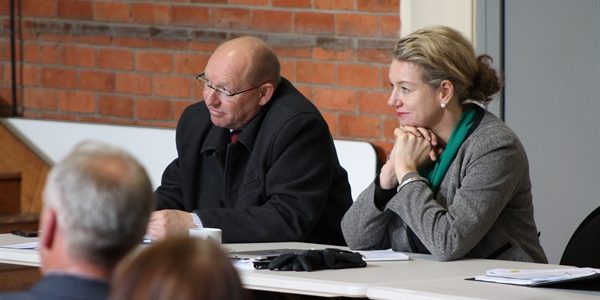 FROM parents taking out second mortgages, to students working four jobs — these are the real costs of higher education for country people.

And innovation, not money, is the key to getting more rural young people to university, according to Nationals Senator Bridget McKenzie.

A series of forums across Australia has found the lack of affordable student accommodation remains the primary reason rural and regional youth don’t go on to higher education.

And that’s regardless of changes to family asset testing to make youth allowance more accessible.

The stories shared at the 17 community forums have led Senator McKenzie — who organised the forums — to call for new ways to make higher education more accessible for country youth.

“We heard something different, new and challenging (at every forum) but overwhelmingly the absolute, unequivocal standout issue was accommodation costs,” she said.

“Youth allowance was meant to be a payment for young people but kids from country areas are using it to overcome those financial barriers (such as accommodation) to getting to uni. It’s being used for a purpose it was never designed for. We’re arguing it’s a flawed system to begin with.

“We need to look at innovative ways to solve the problems rather than the traditional perspective of ‘Let’s give everyone more money’ … We need a system that assists in some sort of accommodation provision.”

What that might look like remains to be seen. A committee of staff from the Education and Social Services departments is devising policy options and will report in November.

The Federal Government has removed farm assets from the means test for youth allowance, meaning from January another 4100 people will qualify for the first time.

But Senator McKenzie argues the changes do not go far enough, given only a third of rural school leavers will go to university, compared with two thirds of those in cities.

Category: In The NewsWednesday, 14 October 2015