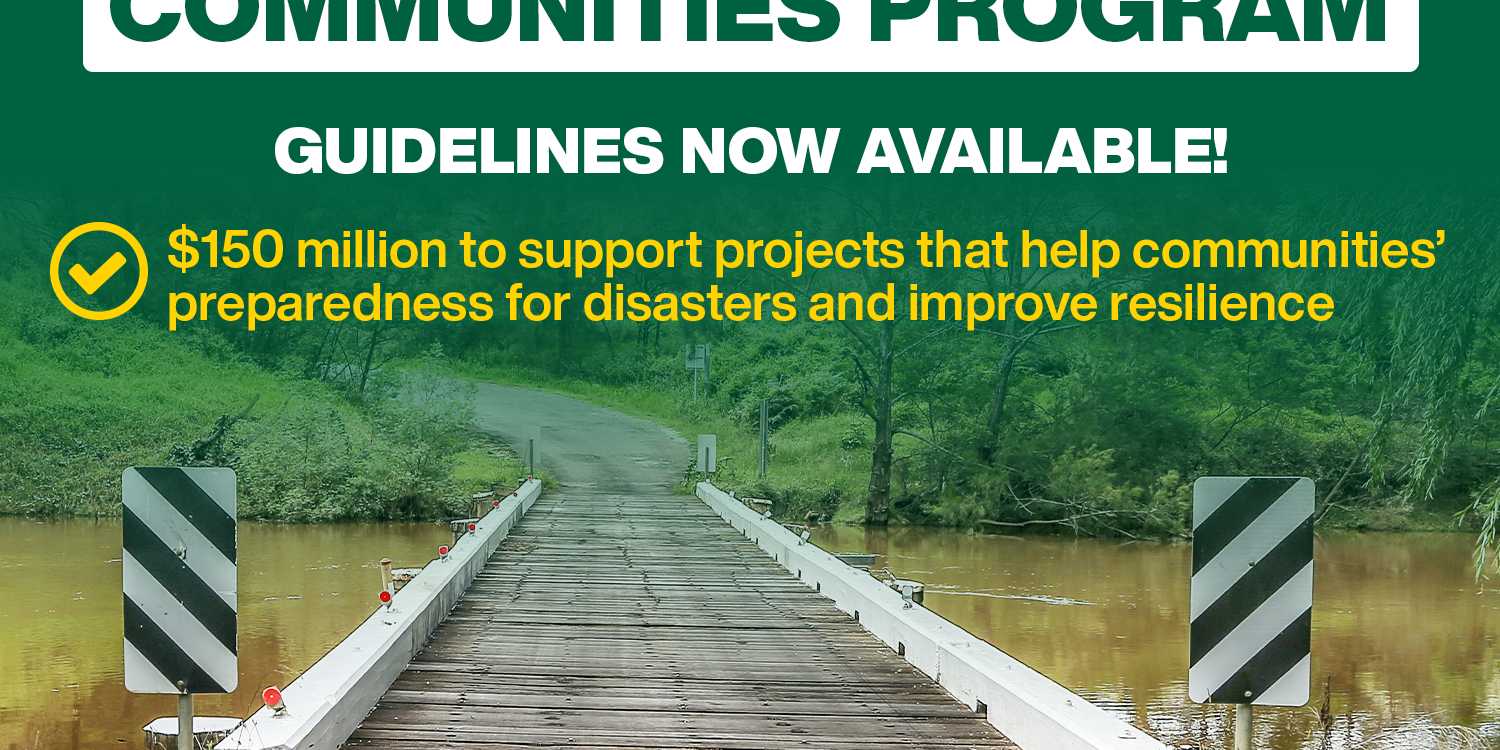 A key component of the Australian Government’s $600 million Preparing Australia Program has been launched, with the guidelines for the first stream of the program now available for communities.

Nationals Senate Leader and Senator for Victoria, Bridget McKenzie is urging locals to get their projects lined up now for the $150 million first round of the Preparing Australian Communities Program – Local ahead of the opening of applications on December 10.

“Grants from $20,000 to $10 million will be available for eligible projects that help to assess and plan for disaster risk, increase capacity and raise awareness of disaster risk, or deliver resilient infrastructure for local communities,” Senator McKenzie said.

“The Australian Government is investing heavily in initiatives to help the nation prepare for natural hazards. Round One is focussed on building community resilience to bushfire, tropical cyclone and floods.

“The grant guidelines contain important information about eligibility and assessment criteria. I encourage local communities to get together, think about their disaster risk and check the guidelines to start preparing an application now.”

In May 2021, Prime Minister Scott Morrison announced the $600 million Preparing Australia Program in response to the recommendations of the Royal Commission into National Natural Disaster Arrangements, to bring a greater focus to disaster risk reduction.

Applications will open on 10 December 2021, with successful projects to commence by mid-2022.

Further information about the Preparing Australia Program is available at recovery.gov.au/preparing-australia-program.

In addition to the $600 million Preparing Australia Program, the Australian Government’s investment in resilience, risk reduction and preparedness includes:

• $20 million Betterment Fund in Queensland, jointly funded with Queensland Government, with $10 million from the Australian Government, to rebuild essential public infrastructure damaged in the 2020-21 disaster season to a more resilient standard.

• $200 million Infrastructure Betterment Fund in New South Wales, jointly funded with the NSW Government, with $100 million from the Australian Government.

The Australian Government is also building resilience into its recovery investments, such as the $2.8 billion for 2019-20 Black Summer bushfire recovery.