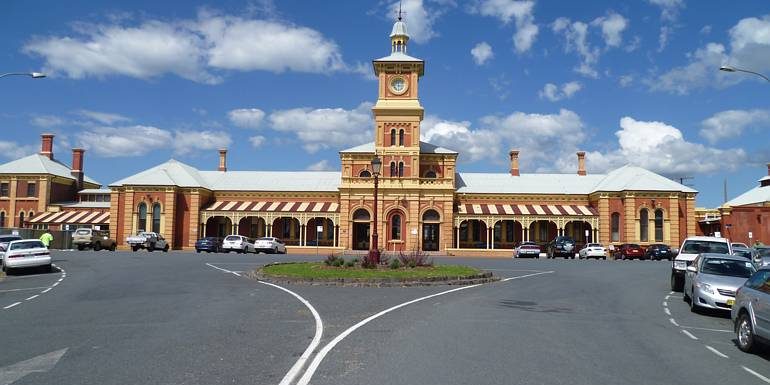 Passengers on Victoria’s North East Line will be one step closer to more reliable and comfortable journeys, when the stabling upgrade at Albury Station gets underway to accommodate new VLocity trains.

The upgrade is being delivered by the Commonwealth and Victorian governments, with construction scheduled to begin this month.

“This project is another example of Sussan Ley and Bridget McKenzie’s determination to provide for the people of northern Victoria and the Albury-Wodonga region, to make sure the infrastructure they need and deserve is funded and delivered,” the Deputy Prime Minister said.

“These works at Albury Station will help enable VLocity trains to run on the North East Line and create more accessible and reliable journeys for passengers,” Minister Allan said.

“The Victorian Government is continuing to build the projects Victorians need – to be better connected to services, jobs and opportunities.”

The Victorian Government is also delivering supporting infrastructure upgrades to optimise the North East Line for VLocity trains, including level crossing upgrades and modifications to stabling and maintenance facilities at South Dynon.

State Member for Northern Victoria Jaclyn Symes said passengers on the North East Line would reap the rewards of the upgrades.

“Passengers on the North East Line deserve better journeys – and that’s exactly what these works will deliver.”

“I hope it encourages more people to travel on the North East Line and explore what our state has to offer.”

The first of the new Victorian Government-funded VLocity trains began testing on the North East Line in September and will begin taking passengers later this year.

Federal Member for Farrer Sussan Ley said the Albury stabling upgrade would also provide a much-needed jobs and economic boost for the region.

“These works will support around 25 jobs during construction, which is fantastic news for locals and the region’s construction sector,” Minister Ley said.

“The Australian Government is proud to be investing $9 million to get this package of works delivered for our region.”

Wodonga-based Senator for Victoria Bridget McKenzie said this project builds on track upgrades delivered by ARTC as part of the North East Line Upgrade, which have improved comfort for passenger services and made services more reliable.

“This project at Albury Station, as well as ARTC’s remaining signal commissioning works for crossovers at Longwood and Violet Town, will ensure we can realise the full benefits of that major upgrade, by supporting an optimal service schedule and effective running of the VLocity trains.

“Together, these projects are providing regional communities in northern Victoria with faster, safer and more reliable rail transport.”

The project is targeted for competition in early 2022.