Continued Funding to tackle the scourge of Methamphetamines 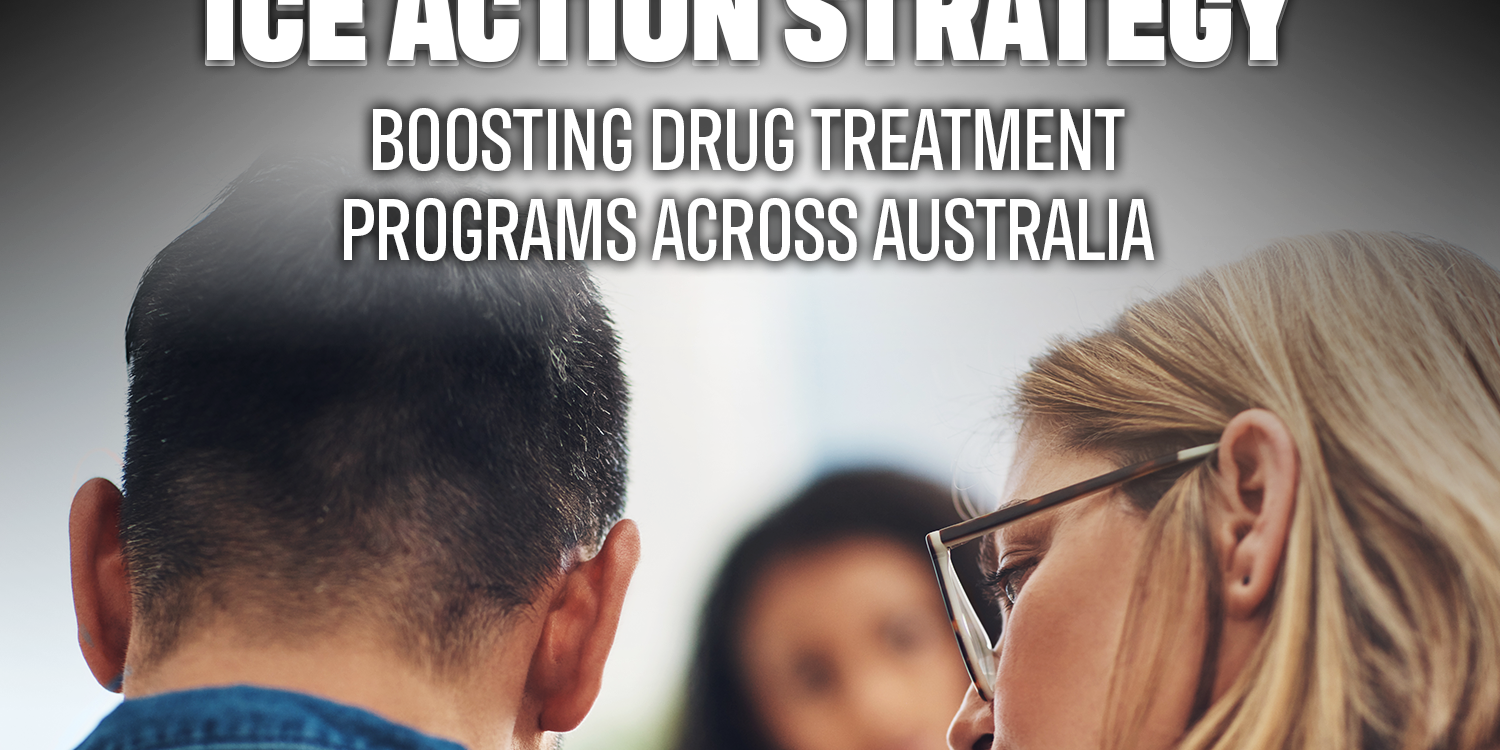 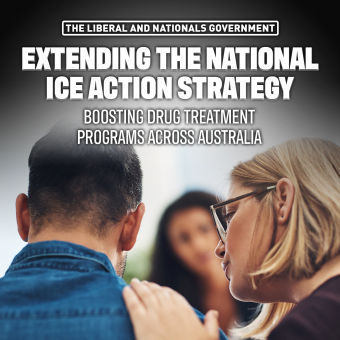 As part of our plan for a stronger future, the Liberal and Nationals Government will extend the National Ice Action Strategy (NIAS), investing more than $343 million over four years in the ongoing fight to reduce the impact of ice, other drugs and alcohol.

This investment includes an additional $27.9 million being committed to supporting other critical drug and alcohol treatment projects in areas of identified need.

The Government will invest around $830 million in alcohol and other drug treatment services and programs over the next four years.

Nationals Senator for Victoria, Bridget McKenzie, welcomed the announcement and said the Government is increasing its efforts to reduce the impact of drug and alcohol use on individuals, families, and communities.

“The Liberal and Nationals Government investment into the National Ice Action Strategy allows local organisations throughout Victoria and across the country to continue delivering innovative, community-based solutions to curb the use of drugs such as methamphetamines,” Senator Bridget McKenzie said.

“This is particularly important for high-risk population groups, including people in rural and regional areas and indigenous communities.”

National wastewater drug monitoring shows methamphetamine use has reduced for the second consecutive year, and MDMA, cocaine and heroin consumption have all fallen.

Minister for Health and Aged Care, Greg Hunt said that while this was a good sign, work is still done.

“For too many Australians, illegal drugs are still an insidious scourge on our community, robbing families of their loved ones,” Minister Hunt said.

“The Liberal and Nationals Government is committed to building safe and healthy communities, reducing drug and alcohol use, and the impacts and harms for individuals, their families, and communities.”

Estimates from 2019 suggest that roughly 300,000 Australians used methamphetamines in the past 12 months, with over half of these using crystal methamphetamine or ice.

Since its inception in 2016, the NIAS has helped thousands of people access treatment programs and supported communities to tackle local drug and alcohol issues with local solutions.

By committing to the NIAS for four years, the Liberal and Nationals Government ensures critical treatment and other programs are continued and improved.

For further details about the National Ice Action Strategy, visit the Department of Health website.