The Big Issues: COVID-19 blamed for bans on sale of firearms and ammo 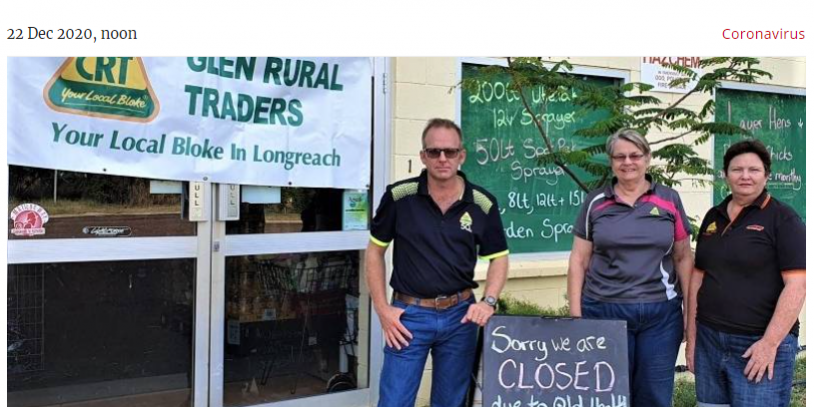 One of the strangest pronouncements to come from the Queensland government as coronavirus lockdown restrictions came into force at the end of March was the direction for legitimate firearm dealers to close immediately, without any explanation.

The directive by Queensland’s Chief Health Officer that was emailed said the government had “determined licensed armourers and licensed dealers, as defined under the Weapons Act 1990, to be a non-essential business” with no exceptions.

Many of them assumed that it wasn’t because of the risk of contracting coronavirus that they’d been closed down but because of what they sold.

The resulting uproar saw a hasty backdown of sorts by the government, which still excluded recreational hunters and hobby farmers.

After six weeks of lobbying and following relaxations by Victoria and Western Australia, the state government relaxed its remaining trading restrictions on licensed firearm dealers and armourers.

“Both myself and the sports shooting community will not forget what Labor did to law-abiding firearm owners in a hurry,” Hinchinbrook MP Nick Dametto said in the wake of the announcement.

The backdown came a day after the Nationals in the Senate condemned the state Labor governments for using COVID-19 to enforce bans on the sale of firearms and ammunition.

Nationals Senate Leader Bridget McKenzie’s motion called out state Labor governments for failing to recognise and respect the significant social, economic and environmental benefits of hunting and shooting to Australia.

“Restrictions, regulations and policies affecting recreational shooters and hunters, farmers, fishers, law-abiding firearms retailers, owners and the firearms industry should be based on facts and not ideological dogma.

“State Labor governments have backtracked and reversed their shifty, outrageous attempts to ban the sale of firearms and ammunition. This is thanks to strong fact-based advocacy.

“The disgraceful agenda of Labor and the Greens has been laid bare. They used an international health pandemic to try to stop us doing what we love, shooting at our local clubs or hunting with family and friends.”