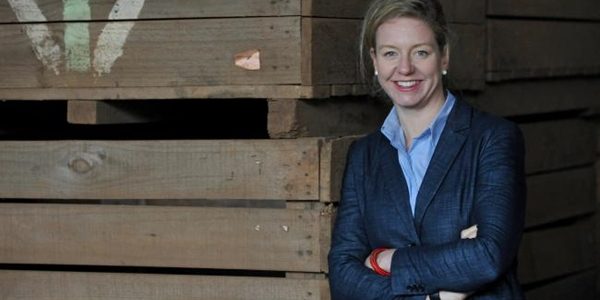 BRIDGET McKenzie wears her engraved Beretta over a shoulder and looks an elegant version of that American creation, the “hottie with a shottie”.

The Victorian Nationals’ senator speaks of the “empowerment” she gets from her double-barrel firearm when she shoots targets or wildlife.

And she fires off lists of figures to show how important sporting shooters are to the economy, and how they benefit small communities.

This is the gun-loving lobby that operates in Australia with many shared objectives of the National Rifle Association, that powerful, scary group that wants to arm all Americans.

Australian firearm fans also want regular access to guns, and they want children to be shown how to shoot and how look after their weapons.

But there is one big difference: the Australian gun lobby makes sense.

“It’s not an Australian thing, this ‘right to bear arms’,” said Catherine Fettell, president of Shooting Australia, the umbrella group of shooting bodies.

And the separate priorities mean she is not keen to be associated with the NRA.

“Shooting Australia … we are about competition shooting and so we wouldn’t see ourselves as the cousins of an organisation in another country,” she told news.com.au.

Ms Fettell is a pistol shooter herself, but was at a clay pigeon range just outside Canberra on Friday where members of Parliament, journalists and sports shooting club officials let fly at whizzing clay discs.

The group was started to display a bipartisan support for recreational and occupational shooters. It was not started to retreat from the tough firearm laws of 1996 following the Port Arthur massacre. It does not want an American-like spread of firearms.

And if there are more guns, they want access limited and the owner — well trained. And no AK-47s.

“It’s a fantastic sport. If you look economically, socially and environmentally, law-abiding firearm owners contribute in my home state of Victoria $340 million to our local state economy.

“And that’s only hunters. That’s not the (sports) shooters. Fifteen hundred direct employed jobs, most of them in regional Victoria.”

Senator McKenzie then turned on that most dangerous of anti-gun campaigners, “inner urban elites”.

“We have some of the tightest gun control laws in the world. Indeed across the world we are looked to for how to regulate guns within a society,” she said.

“It’s very restrictive and I think the wider community can have greater confidence our current national firearm agreement gets the balance right (between) the rights of law-abiding firearm owners to participate in their sport or go about their work … and the concerns of keeping the community safe.”

Catherine Fettell is also concerned about community safety and believes the tight structure of sports shooting — with strict safety measures and training — helps that.

“Bad guys are going to be bad guys,” she said. “No amount of more legislation is going to change criminal behaviour.”

Sporting shooters fear attempts to crimp the shooting power of bad guys would only harm the law-abiding gun owners.

“(We are) quite different,” she said of the US.

“Firearm ownership in Australia is for a genuine reason and firearm owners are licensed, go though a process of probation to get a licence and then have regulations that need to be complied with to keep those firearms.

“So we are very different, both in the approach that we have to licensing, to firearm ownership, and then in what we use those firearms for, which is competition shooting.

“And then there is a large proportion of firearm owners who are hunters — in the sense of duck hunting, pest extermination.

“I wouldn’t like to compare us in any way to other organisations in other countries.”

On that day the clay pigeons were some of the safest objects in Australia as reporters and political staffers — under strict supervision — tried to aim in their general direction.

“Do you feel the empowerment?” said Senator McKenzie.