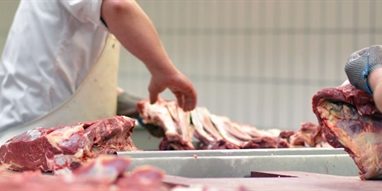 AUSTRALIAN Competition and Consumer Commission chairman Rod Simms has admitted his agency is no closer to determining if any action is warranted against buyers who allegedly participated in the so-called 'Barnawartha boycott' of a February cattle sale at the Northern Victoria Livestock Exchange (NVLX).

Mr Simms told Victorian Nationals Senator Bridget McKenzie – who after the alleged boycott won Senate agreement to examine anti-competitive practices in the red meat industry – that his investigation was continuing.

Senator McKenzie put it to Mr Simms that when 10 cattle buyers failed to participate in a sale – at what was then the new NVLX – farmers who had yarded stock for sale that day suffered “significant impact”.

“There are a few local concerns that we seem to be dragging our feet,” Senator McKenzie told Mr Simms.

“We've conducted a number of steps in that investigation and there are some steps that are imminent that will continue that,” Mr Fleming answered.

Pressed further by Senator McKenzie, Mr Fleming confirmed all 10 cattle buyers had been issued with 'compulsory information notices', and while not all have responded with the appropriate documentation, he expected they would.

Mr Simms said the ACCC took its investigation “extremely seriously” – he didn't expect it to be finished before Christmas.