Where is our wi-fi? 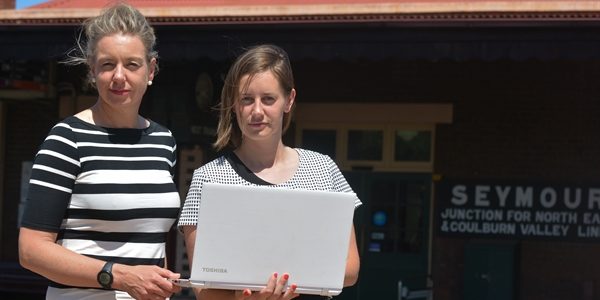 Commuters along the Seymour-Melbourne train line are wondering where their wi-fi is.

Member for Euroa and Deputy Leader of The Nationals Steph Ryan said wi-fi on the line had been committed by the previous Coalition Government in April 2014.

Nearly a year on from the election and the Andrews Labor Government has announced the exact same commitment with no guidance as to when the rollout might take place.

“In April 2014 the Coalition committed $40 million to see mobile phone and internet services provided on all VLocity trains between Seymour and Melbourne,” Ms Ryan said.

“Residents of Seymour and towns including Broadford, Tallarook, Kilmore, Wandong and Heathcote Junction were promised this service by the end of 2015.

“It has taken Daniel Andrews nearly a year to announce his plan for regional Victoria and all he has done is re-announce the funding that the Coalition had already put in place.

“It is no surprise that commuters along the Seymour line are frustrated by the lack of action on their train line.”

Ms Ryan was in Seymour this week with Senator Bridget McKenzie to look at the blackspot problems in the Mitchell Shire.

“Anyone who has travelled on the line knows the frustration of losing reception and being unable to make phone calls, check emails or access the internet,” Ms Ryan said.

“Our commitment to secure free and accessible wi-fi on the train line was intended to make it easier for the 1.4 million passengers a year who want to conduct business, study and stay connected while traveling to and from Melbourne.”

Senator McKenzie said the Victoria Coalition had funded the rollout of wi-fi along with a bigger funding commitment aimed at leveraging money from the $100 million set aside by the Liberal-Nationals at a federal level to address telecommunications issues in regional Australia.

“This should not just be a privilege afforded to those living in Melbourne and I commend the former Victorian Coalition Government on putting this funding aside to bridge the divide for communities on the Seymour line.

“After a year of stalling, Labor must provide clarity on when train travellers can expect wi-fi on the line.”