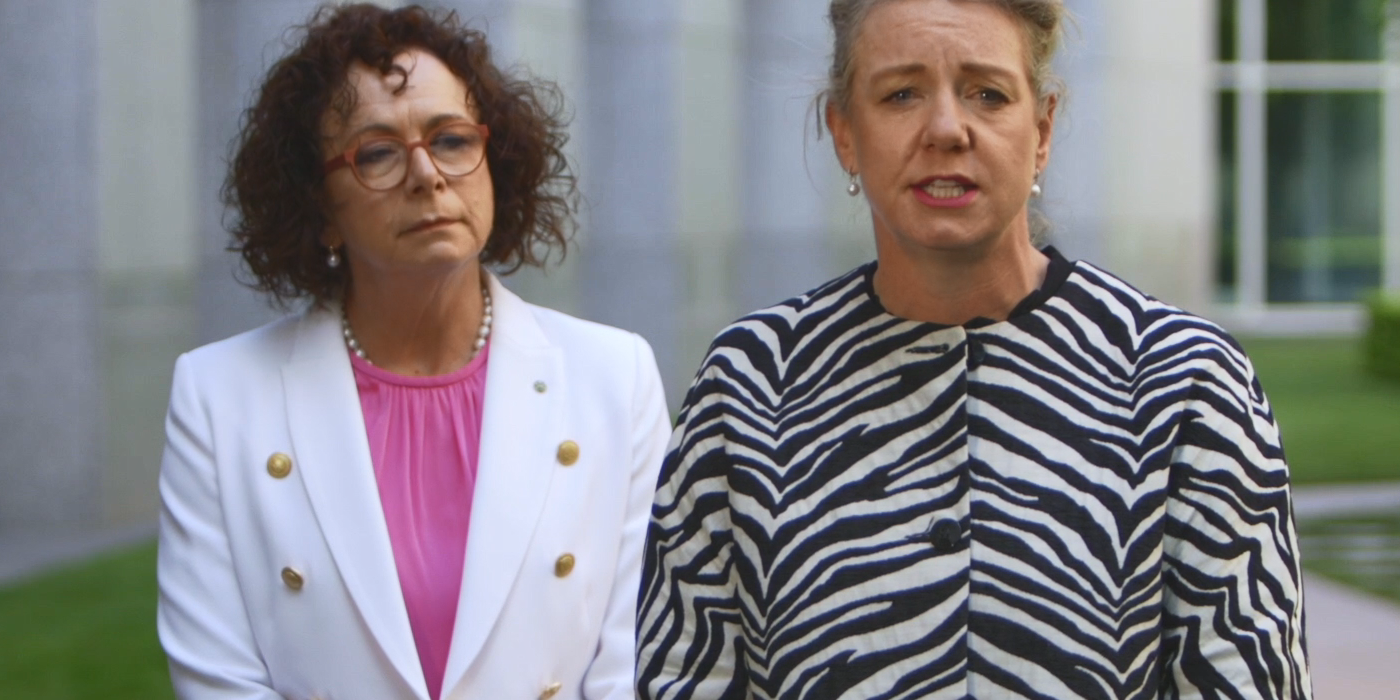 The Andrews Labor Government’s deception of north-west Victorian producers was exposed during Senate Estimates this week when it was forced to release its revised business case for the disastrous overdue and over budget Murray Basin Rail Project.

Nationals Senate Leader and Senator for Victoria Bridget McKenzie and Member for Mallee Anne Webster said the business case confirmed Victorian Labor had no intention of delivering this vital project and Victorian Transport Infrastructure Minister Jacinta Allan lacked the courage to confront grain-growers and other stakeholders with the truth.

“Only after being called out by The National Party did this city-focused state government finally front up,” Senator McKenzie said.

“And what does this business case show? The Andrews Labor Government’s preferred Option D is a hodgepodge mixture of old and new track, of varying gauges that will not deliver the project as promised.

“It puts country road users lives at risks because it will put more big trucks on our country roads – not take them off.

“And they’re putting their hand out for another $195 million of Federal taxpayers’ money to pay for it.

“Where is the analysis or consideration of the damage to local roads that are maintained by cash-strapped country councils.

“What thought has Labor given to the road safety issues that would actually arise from the continued leakage of freight from this rail network to trucks right across the Mallee getting grain to port?

“The truth is Option C, the complete standardization as originally envisaged, is what industry wants.

“With the vast majority of this project contained within Mallee, this project has always been essential for Mallee producers and I will fight to see it completed in full,” Dr Webster said.

“The State Government’s own review claims that the MBRP is critically important to Victoria, and especially to Mallee, in order to deliver investment, jobs and improved efficiency in supply chains in what is one of Victoria’s most important export regions.

“To fully realise the benefit of the project, it should be delivered in full, not with the half measures now proposed.

“I’ve spoken with stakeholders across Mallee, who have expressed their great disappointment that the original plan (Option C) is not being adhered to, but rather a partial version, with yet more investigation to be completed.

“This partial version will not deliver the cost savings or efficiency improvements originally promised to the community, and highlights once again, the State Labor Governments focus on Melbourne, with the disregard for the regions that drive our economy.”

The Andrews Labor Government needs to remember it was elected to represent all of Victoria.

“Thanks to the complete incompetence of Jacinta Allan, who has yet again failed to deliver a project on time and on budget, Labor shamelessly opts to leave rural and regional industry and communities to pay the price while it focuses on urban Melbourne and major provincial cities like Ballarat,” Senator McKenzie adds.

“Victorian Labor needs to govern for all Victorians and commit to competing this original project with a fully standardised freight rail network to get our grain to port and get thousands of truck movements off country roads.”

Footage of the press conference can be watched here: https://we.tl/t-82KAJYgF7G