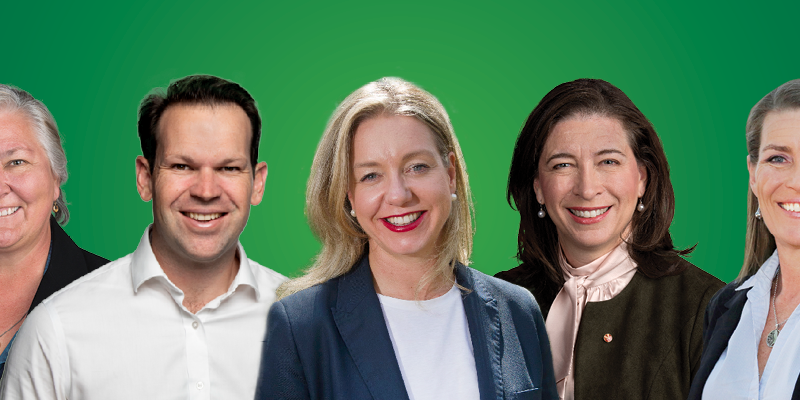 The Nationals Senate team welcomes today’s Senate vote acknowledging border travel restrictions imposed by state and territory governments have negatively impacted the lives and livelihoods of hundreds of thousands of regional Australians who live and work across border communities.

The Senate today voted 27-22 in support of a Nationals Motion which urgently called on state and territory governments to adopt a risk-based health approach based on clear definitions of COVID-19 hotspots.

The motion also called on agreement from states and territories for fair and proportionate protocols for essential travel within border communities for:

Labor’s failure to support the Motion clearly shows it is more interested in standing with Victorian Premier Daniel Andrews and his government’s failed quarantine system than standing up for rural and regional Australians.

“Protecting the health of the Australian community is the number one priority but because of city-centric parochialism many of our farms are at a standstill and businesses are being forced to shut without the medical evidence to justify border closures,” Senator McKenzie said.

“There now needs to be a standard approach to inbound quarantine with stringent checks, and equivalent processing systems that will give confidence as we learn to live with the virus.”

NSW Senator Perin Davey said with Victoria’s daily infection numbers easing, there was no reason for border communities to not be given exemptions to cross the border.

“While it is extremely important to follow the advice of health officials, in order to keep the virus out of regional communities, we need to make sure the rules and regulations are practical and balanced,” Senator Davey said.

“Residents in cross-border communities have borne the brunt of the border closures, livelihoods and the education of our students is suffering because of these unrealistic border permit rules.

“National Cabinet, along with the states, need to develop a common-sense national border-closure strategy.”

The supported Nationals motion also noted genuine concern for the health and welfare of those impacted by these restrictions within border communities, particularly where restrictions prevented travel for medical or health purposes, education, compassionate grounds and employment, particularly in primary production, where the lack of a workforce is preventing primary producers, who feed the nation, from operating.

The Nationals motion called on state and territory governments to a publish clear and accessible exemption regulations, which afford natural justice to applicants through an appeals process, and adequately resource state and territory services responsible for implementing restrictions and exemptions for border communities.

We are all in this together as Australians.