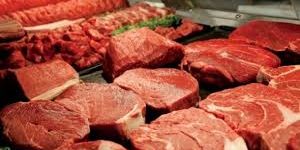 ALLEGATIONS of collusion are rife in the meat industry, but finding proof is almost impossible, according to the red-meat Senate inquiry.

Anecdotal evidence of collusion was presented at a Senate inquiry into the red-meat sector in Albury last week.

One came from Mudgegona producer Julian Carroll, who spoke of a single buyer operating on behalf of 10 processors in the saleyards.

He also told of buyers boycotting an agent who had complained about their behaviour and refusing to bid on the cattle he was offering for sale, as well as commission buyers distracting producers when they were trying to bid.

But despite those producers and farmer lobby groups being asked to provide proof, none was forthcoming.

The inquiry was sparked after at least nine buyers boycotted a sale in the Northern Victoria Livestock Exchange near Wodonga earlier this year.

Meat and Livestock Australia’s managing director Richard Norton was questioned on his knowledge of collusion in the meat industry.

Mr Norton, the managing director of Landmark for nearly three years, said he did not witness collusive behaviour when he was an agent, “ but my answer is I do not doubt that there probably has been (collusion)”.

Nationals Senator Bridget McKenzie said “producer after producer” had given evidence and it was possible to read “submission after submission” talking about collusion. But collecting hard evidence was proving difficult, she said.

There were 94 submission to the inquiry, many of which included collusion.

NSW Farmers president Derek Schoen told senators it was “very difficult to get this as concrete evidence (of collusion) and I think the ACCC found this a very difficult task”.

“There has been anecdotal evidence for a long, long time, maybe 25 years, that this (collusion) has been occurring … right through the whole system,” Mr Schoen said.

“We are really looking for a code of conduct … so that producers can operate with a level of confidence in the saleyards.”

The code of conduct would cover commission buyers and saleyards.

The Senate committee is due to report in March next year.

Category: In The NewsThursday, 10 September 2015