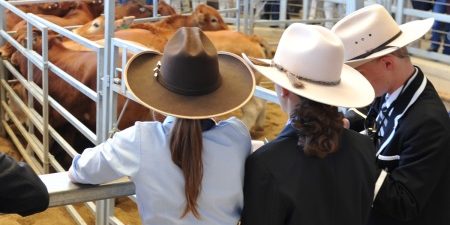 Starting next year, the Family Assets Test and the Family Actual Means Test will be removed from the Youth Allowance parental means test arrangements.

The welfare support changes were announced in this year’s federal budget and associated legislation passed through federal parliament last week with bipartisan support.

The Family Assets Test is based on how much money a family would receive from selling their primary assets, minus any debts or mortgages they owe.

Currently, the family home is excluded from that Test while a 75 per cent discount is applied to business and farm assets.

Applicants are ineligible for the $426.80 maximum fortnightly Youth Allowance payment if their family's assets exceed a $661,250 threshold.

“With a financial commitment from the government of $262.7 million over the forward estimates, this Bill will bring extra support to families as their children move into young adulthood, particularly rural and regional families whose children continue to study beyond Year 12,” he said.

He said removing the Family Actual Means Test would see around 1200 more people receiving Youth Allowance for the first time while increasing payments for around 4860 existing students by approximately $2000 a year.

Senator Scullion said the new measures were adopted following an Inter-departmental Committee’s examination of issues regarding access to higher education for regional and remote students at the urging of Senator McKenzie and other backbenchers.

Senator McKenzie said for decades, farming families had experienced the unfairness of having their farm counted as an asset in Youth Allowance assessment.

But she said the changes prompted by the new legislative changes would allow farming families to better support their children, to further study.

“This is great news for rural and regional Australians who are faced with higher costs when their children are studying or training because they have to move away from home,” she said.

“These changes are particularly timely; given many young people are sitting exams and deciding preferences over coming weeks.

“It is envisioned that this will be a positive outcome for 1200 families in assisting them to overcome the financial barriers in attending university.”

“Regional and rural families often face higher costs when their children are studying or training because they have to move away from home,” he said.

“These changes mean those families will no longer have their farm assets counted toward the means test.”

But he said they also had to endure high costs of educating children living away from home which was a “huge burden”, especially for those living on remote stations located hundreds of kilometres from the nearest university.

“The costs associated with this tyranny of distance often means that a lot of deserving regional students are not able to pursue their dream of attending university,” he said.

“Many regional families have been disadvantaged when they apply for Youth Allowance because their assets and income mix are very different to many other Australians.

“But making Youth Allowance more accessible will not only level the playing field it will also provide better access to higher education for thousands of WA children.”

The new legislative measures were supported by the Australian Greens and the Federal Opposition.

WA Greens Senator Rachel Siewert also proposed a review of the new measures be conducted in two years, believing the Allowance payment must be increased.

Queensland Labor Senator Claire Moore said Labor supported the Bill because there had been a long-standing demand from families living in remote and regional areas that the circumstances around their access to payments were more difficult, “particularly in cases where people are, simplistically, asset rich but income poor”.

“That has made it more difficult for young people to actually receive payments when they go into university studies,” she said.

Senator Moore said the Isolated Children's Parents' Association gave evidence to a recent Senate Committee inquiry into the issue, saying the aspirations of rural and remote young people were currently being “driven and dictated” to, by their ability to access financial support to assist with relocation and living costs while they study.

Category: In The NewsWednesday, 18 November 2015