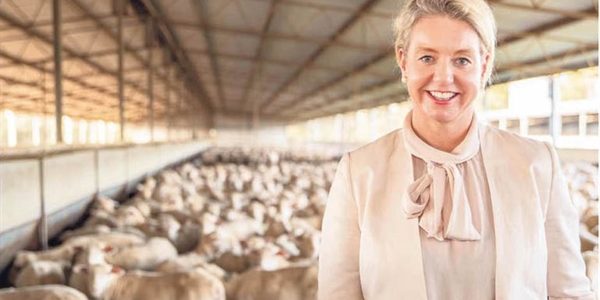 Federal Agriculture Minister Bridget McKenzie is confident Australia's live export industry has a viable and prosperous future, and has vowed to base her decision-making on science.
Just 20 days into her new role, Senator McKenzie visited Perth to meet key players and groups in WA agriculture, including the rock lobster industry, WAFarmers, Pastoralists and Graziers Association, State Agriculture Minister Alannah MacTiernan, the Sheep Collective and live exporters.
The live export industry meeting was particularly significant for WA, given Senator McKenzie's predecessor David Littleproud declined several times to meet the State's live exporters, instead sending senior staff members in his place.
Senator McKenzie said talks with live exporters centred on getting the balance right for a sustainable cattle and sheep live export industry in WA.
She said her decisions would always be based on science, but stopped short of saying she felt this was not happening now, or commenting on industry criticism that tough regulations introduced under Mr Littleproud were not totally sciencebased and would be “death by a thousand cuts” to the industry.
“Live export is a very topical conversation and it's an issue where the broader Australian community has concerns, and rightfully so, over particular shipments in recent times,” Senator McKenzie said.
“But it's important to recognise that in the main shipments leaving this country over the last six months have had great animal welfare outcomes. That's a really great story about how an industry can respond to concerns and incidents and really get on top of these issues quickly, which they've done.” She said part of her work would be to help find new markets for live export.
Senator McKenzie called on the State Government to beef up its trespass laws to protect farmers against the growing vegan activism movement and she said this would be a key topic in her planned meeting with Ms MacTiernan yesterday.
It was necessary to get tough on animal activists and State governments should strengthen laws to ensure people were safe and not harassed, Senator McKenzie said. This needed to be enforced by police.
https://thewest.com.au/countryman