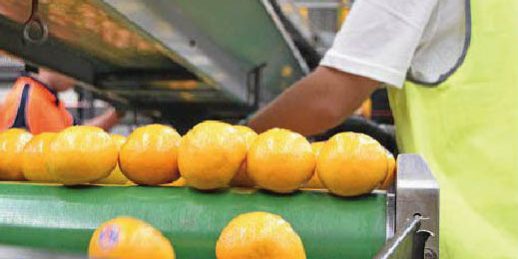 A 3D X-RAY unit is now in place permanently at Melbourne Airport to protect Australia's $11 billion horticultural industries from passengers bringing pests and diseases into the country.
Agriculture Minister Bridget McKenzie said the unit was automatically detecting biosecurity risks in fruit and vegetables that passengers fail to declare, and could be expanded to target significant biosecurity threats such as high-risk seeds and meat.
“So far the 3D x-ray at Melbourne Airport has screened 18,000 bags and detected over 1200 risk items, at a detection rate of seven per cent, with early signs showing it is significantly better at detecting items than the current system,” she said.