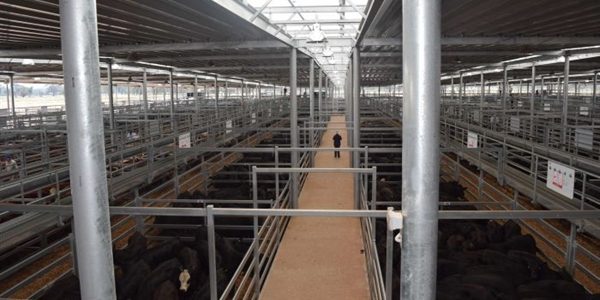 The operator of the new Wodonga Saleyards, knew at least one major meat processor was going to boycott its first prime sale, months before the sale occurred.

At the opening of the new multi-million dollar saleyard complex at Barnawartha near Wodonga in February, up to nine processors boycotted in protest of the method of cattle weighing.

The processors wanted the facility to weigh cattle after sale and the saleyard advisory committee voted to continue the practice of weighing before sale.

Prices fell by at least 20 cents per kilogram on animals sold.

The outcry over the actions of the processors resulted in a Senate Inquiry into the effect of consolidation in the Red Meat Processing Industry.

Operator of the new saleyards, Regional Infrastructure Pty Ltd appeared before the inquiry this week.

Managing Director, Gary Edwards told the Senators his company knew at least one processor, Teys Australia, was going to boycott.

“We received formal notice from one company some months out, which was Teys,” Mr Edwards said.

“There was some verbal communication in the few days leading up to the sale.”

The company did not alert farmers selling cattle of the threat of a boycott.

Mr Edwards, under questioning from Nationals Senator, Bridget McKenzie, said the company waived fees for producers who withdrew their cattle from sale, but didn't subsidise the transport costs for those farmers who chose to take their animals home.

Regional Infrastructure has been asked to provide further evidence of the processors notice that they would boycott and figures relating to losses incurred by farmers to the inquiry by December 1st.

Category: In The NewsWednesday, 18 November 2015