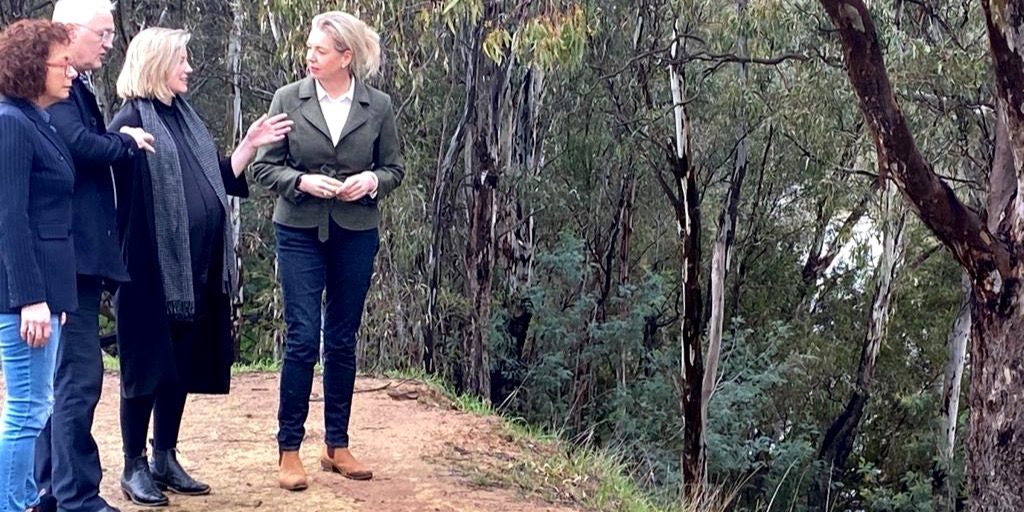 Victorian Nationals are united in their fight for fairer water policy for our farming communities, today calling for the Murray-Darling Basin Authority to be split and scrapping the Basin Plan’s 450 gigalitres of “up water”.

The conflicted roles of the MDBA are hurting regional Victorian communities that rely on sustainable access to affordable water for their survival.

The Victorian Nationals are also calling for aspects of the Murray-Darling Basin Plan to be discarded altogether.

Notably, the group of four Nationals, who gathered this morning in Kialla, south of Shepparton, said the return of 450 gigalitres of “up water” cannot be delivered without significant impacts on farmers, basin communities and the environment.

This position is backed by the Victorian Farmers Federation, which last week said the 450GL “cannot be delivered and continued to fuel uncertainty and undermine farmers’ confidence”.

Mr Drum said the MDBA, which oversees the Basin Plan, has conflicting roles, as highlighted in a December 2018 Productivity Commission report that found major shortcomings in the current institutional and governance arrangements.

“To not address these shortcomings poses a significant risk to the next phase of implementation of the Basin Plan,” Mr Drum said.

Dr Webster said the MDBA cannot be responsible for ensuring the plan is implemented and then ensuring all parties are complying with the plan.

“There must be separate agencies in order to ensure transparency and help restore trust in the plan,” she said.

Senator McKenzie said Victorian regional communities have endured the “harsh impact” of the Basin Plan over many years.

She said recent comments from the MDBA regarding possible water buybacks was further evidence of it being out of touch with people on the ground.

“This should ring alarm bells across our southern basin communities,” Senator McKenzie said.

“The MDBA needs to go back and listen to these communities because this buyback suggestion shows today’s MDBA is out of touch with reality.”

Ms Ryan said the Basin Plan was always supposed to be adaptive.

“Basin ministers should remove the uncertainty hanging over everyone’s heads by admitting the 450GL of water cannot be recovered,” she said.

“We simply will not agree to irrigators being stripped of more water.”

Today’s call for the breakup of the MDBA and the scrapping of the 450GL comes a fortnight after the four Nationals MPs argued for a moratorium on further development below the Barmah Choke.