THE FACTS ON EDUCATION FUNDING 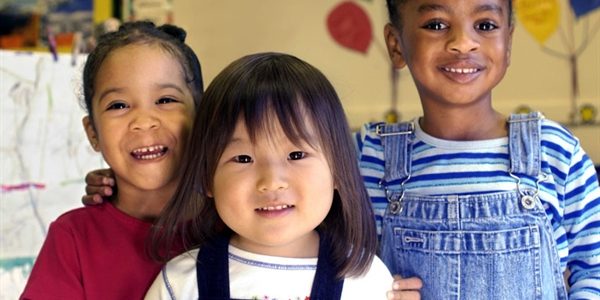 The Labor-Greens-dominated Select Committee on School Funding held an inquiry into funding arrangements and reforms and tabled its report in the senate yesterday. Senator McKenzie, also a committee member, submitted a dissenting report.

Senator McKenzie said constructive debate about school funding was at times reduced to sloganeering, expensive campaigns and hysterical language by the unions and other vested interests with a narrow focus on funding rather than a quality education.

“We reject any insinuation by the Greens or Labor that the Coalition somehow doesn't care about excellence and equity in education,” she said.

“The common argument promoted by the Australian Education Union and other advocates of increasing education funding is that more money equals better educational outcomes. But analyses of international tests have consistently found no correlation between spending on education and student performance. Countries that spend more on school education do not always perform better .

“Many others have confirmed this analysis as have much of the evidence and research presented to the inquiry. In fact the Gonski Review findings were not focused on more funding; they were aimed at redistributing funding so that it could be targeted strategically to address areas of greatest need. Quality should be the prime driver and ultimate goal of all education policy.”

Senator McKenzie said, contrary to Labor's majority report on the inquiry, the Coalition strongly supports `needs' based funding and providing additional and targeted assistance to disadvantaged students. But there is a need for improvement, again focusing on quality rather than just the socio-economic status of students.

“The government is putting in more funding than the Rudd-Gillard-Rudd government as reflected in the 2014-15 budget, putting back the $1.2 billion Bill Shorten removed before the election,” Senator McKenzie said.

“Western Australia, Queensland and the Northern Territory were left with no additional funding by Labor. The Coalition government successfully concluded negotiations with these states and put back the funding Labor removed. In total, this amounts to a record allocation of $64.5 billion in recurrent Commonwealth funding nationally over the forward estimates.

“There has also been considerable debate about the funding for years five and six under the original Gonski's model and promises made by the previous Labor government. The complaint is that the Coalition government has not committed beyond 2018, meaning less funding for schools. The Coalition government's new funding arrangements involve increasing recurrent school funding growth to the states and territories based on movements of Consumer Price Index (CPI) plus enrolments.”

The Government did not cut $30 billion from schools in the May budget. It says it will change the rate of increase from 2018, which is beyond the current budget period and term of Parliament. The $30 billion figure used by (Labor's education spokesperson) Ms (Kate) Ellis is based on adding up 10 years of difference between the increases that Labor says it would have funded (4.7 or 3 per cent per year) and an estimate of the rate of increase that the current Government says it will apply (the CPI). It is a component of the $80 billion in savings that the Government itself is trumpeting .

“The promises made by the previous Labor government were not budgeted for in the forward estimates. Labor has yet to confirm that it would fund years five and six if they were in office,” Senator McKenzie said.

Other issues raised in the Coalition's dissenting report go to the lack of evidence for policy decisions made by the previous Labor government:

The School Resource Standard (SRS) used as a basis for schools funding is considered flawed and arbitary.

Concern that the Gonski Review's recommended formula for some of the loadings for disadvantaged students is complex, lacks transparency and evidence, and is unfair in the treatment of different schools and sectors.

The Coalition government inherited a complex funding system that was anything but national with the previous Labor government failing to sign up all states and territories.

Confusion about government constituional responsibility for school education under the Australian Education legislation introduced by the former Labor government.

Contrary to Labor's claims, the government's provided $4.8 billion for disability loading funding, plus $100 million to extend the More Support for Students with Disability initiative.

“Labor and minor parties must remove the emotion from the school funding debate and work with the government to focus on ensuring all Australian students receive an education which equips them to be the very best they can be, irrespective of the school they attend or the state they live in,” Senator McKenzie said.

“I look forward to working with them to ensure every Australian student receives an excellent education, focused on their needs.”