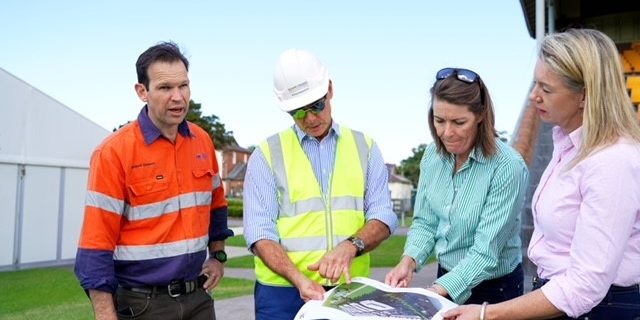 Nationals Senators will tour the Hunter Region over the next three days, as part of their bid to stand up for local communities and local jobs.

Leader of the Nationals in the Senate Bridget McKenzie said the Hunter Region will play a vital role in contributing to our national economic recovery, so it’s important the community is supported and listened to.

“National Party Senators know it will be industry, manufacturing and other businesses in the regions that will help prop up our economy post COVID-19,” Senator McKenzie said.

“That includes coal – an industry which in the Hunter Valley has provided thousands of jobs to hard working Australians over many years.”

“Coal is absolutely vital to the people of the Hunter. Not just in those direct jobs, but in the flow on jobs that it provides to the community.”

NSW based Senator Perin Davey said it is important for her National Party colleagues to visit the region.

“I’ve invited my Senate colleagues to hit the ground and talk to businesses and the people who are impacted by our policies,” Senator Davey said.

“The Hunter region has such a diverse range of industries from therapeutic manufacturing to beef production, wineries to mining, the Hunter really does have it all.

“We need to use this trip to learn what we can do better but also promote what we have been doing in the region and that we will continue fighting for its communities.”

Senator Matt Canavan said while the Liberal Party would like it to just be a contest with Labor, the Nationals must put forward a candidate, in the best interests of the Coalition.

“The Nationals have been running in the seat of Hunter for decades, now suddenly when it’s a close race the Liberals want to turn up,” Senator Canavan said.

“The National Party must keep up its fight for the coal mining and farming industries in the Hunter Region.

“I think we’d beat the Liberal Party in the Hunter Region any day of the week.”