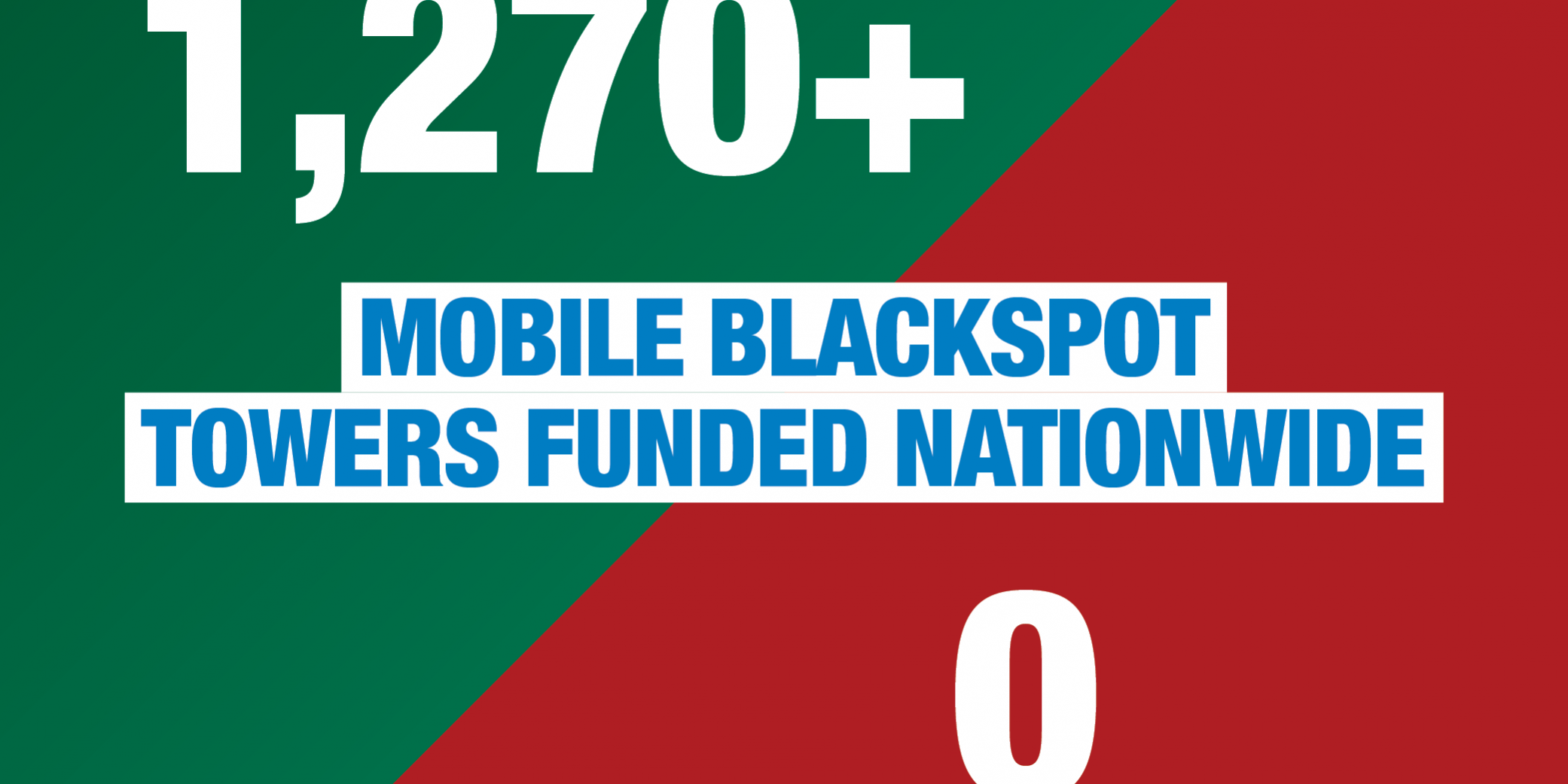 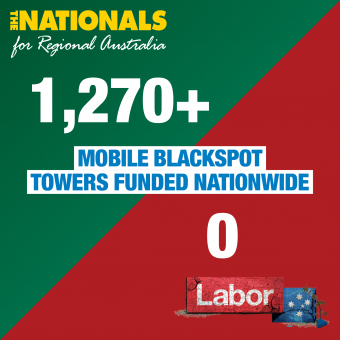 Following an announcement early this week by Anthony Albanese, Labor has to come clean to regional Australia about whether it will cut $155 million from regional telecommunications if elected.

“This appears to be a serious backward step by Labor and if confirmed, will actually deliver worse outcomes for the people Anthony Albanese is claiming to assist,” Senator McKenzie said.

“Where exactly is Labor planning to cut regional communications spending? Is it fewer blackspot towers? Is it abandoning plans to improve resilience against natural disasters? Or is it cutting support for indigenous communities?

“The Liberal and Nationals Government has allocated $811 million for the Connecting Regional Australia initiative in the 2022 Budget, but Labor has only said it will deliver $656 million.

“Labor has no credibility when it comes to regional communications, having never delivered a single mobile blackspot tower when last in government.”

“This is a copy and paste of the Liberal and National Government’s regional communications policy,” Minister for Communications, the Hon Paul Fletcher MP said.

“Any commitments made by Labor on telecommunications should be treated with the utmost scepticism. The best guide to future performance is past performance” Minister Fletcher said.

Only the Liberal and Nationals can be trusted to deliver for regional communities, with over 1000 mobile blackspot towers already built under our government, and more on the way, Senator McKenzie said.

The Liberal and Nationals Government, through its $1.3 billion investment in response to the 2021 Regional Telecommunications Review, has committed to new communications investments in regional, rural, remote and peri-urban communities to ensure they can take advantage of the digital economy.

“As announced in the Budget the Government will deliver a new $811.8 million Connecting Regional Australia Initiative to expand mobile coverage and improve connectivity, resilience and affordability in regional, rural and peri-urban Australia, *including along 8000km of regional roads and adjacent households, businesses and tourist hotspots,” Senator McKenzie said.

“This initiative builds on existing programs including the Mobile Black Spot Program and the Regional Connectivity Program.”