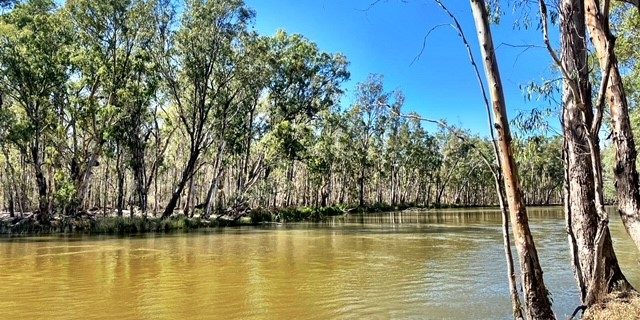 The Nationals are blasting Federal Labor for playing political games, rather than providing bipartisan support that puts local farmers and the environment first.

At the Senate Committee into the Murray-Darling Basin Plan at Shepparton today, local Indigenous and farming group representatives expressed concerns over the management of the Basin, which stem back more than a decade.

Leader of The Nationals in the Senate and Senator for Victoria, Bridget McKenzie and Senator for New South Wales, Perin Davey questioned Victorian Government representatives over a clear disparity between the federal Labor Party policies and the state Victorian Labor Government’s management of the Plan.

“Victorian farmers, their New South Wales neighbours  and communities right along the Murray have paid the price for nearly a decade because of Labor Party factionalism, and it is the state of Victoria that has done the heavy lifting for the entire Plan,” Senator McKenzie said.

“Enough is enough. It is clear we need to renew the science of the plan. We can do more with less for regional communities and achieve good environmental outcomes.

“Northern Victorian communities are beyond breaking point, demonstrating we need to seriously consider the need to keep chasing arbitrary numbers instead of looking to deliver the Plan in a way that supports the region.”

Under questioning by The Nationals, the Victorian Government today admitted the 450 gigalitre scheme could not be delivered, as the socio-economic impacts were too great.

Senator McKenzie has backed comments made by Professor Peter Gell, who told the Senate Committee environmental outcomes can be delivered using less water from communities with a focus on efficiency.

Nationals Senator for New South Wales, Perin Davey, who also attended hearings in Deniliquin said: “Every witness has asked us to take politics out of the reform, but Labor just wants to use the process to attack the Government. The reality is all governments and parties are responsible for this current mess.

“It is clear from all of the witnesses, that focusing on numbers is coming at the expense of good environmental outcomes.

“We need to get back to the original intent of the plan to improve our river ecologies by working with our regional communities.”

Nationals Member for Nicholls, Damian Drum attended the Shepparton hearing and said, “It is farmers and communities in my electorate and others throughout the Southern Basin that are impacted day in, day out by nonsensical decisions and the arbitrary issues that have existed for over a decade.

“No more. We need solutions that support our primary producers, deliver the needs of other water users and this can be done while delivering the flows required to deliver the best outcomes for the environments along the rivers that make-up the Basin.

“It is The Nationals who have championed this cause and we will continue to fight for those impacted by ongoing issues with the Plan.”

The state Labor Government does not support buy-backs and The Nationals call on Federal Labor to do the same.