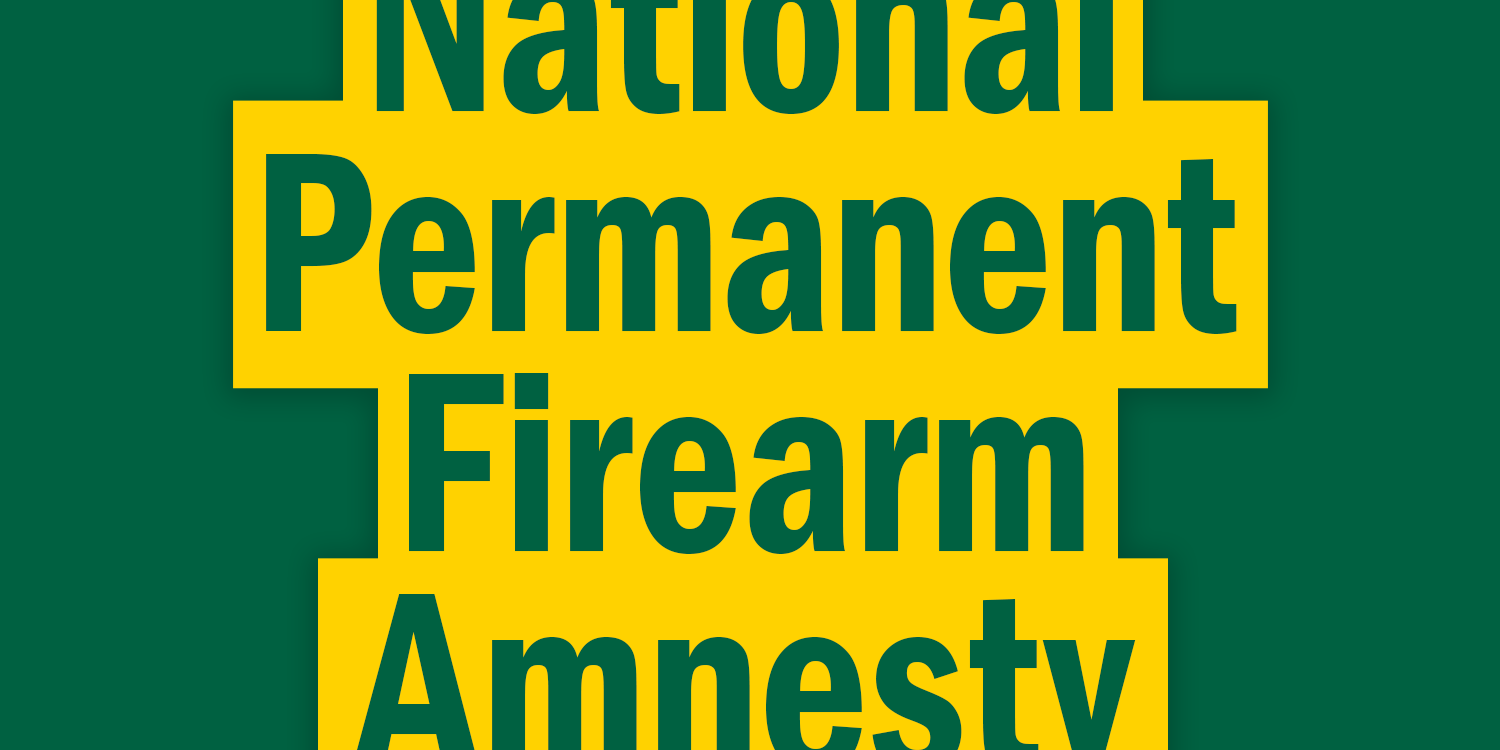 The Liberal and Nationals Government has partnered with Crime Stoppers Australia to launch a permanent national firearms amnesty to keep Australians safe while ensuring those with a legitimate need to access firearms are able to do so.

Nationals Senate Leader and Senator for Victoria, Bridget McKenzie said unregistered firearms were a threat to the community and could be used by criminals to commit terrible crimes.

“There may be a number of people within our community who have an unregistered or unwanted firearm lying around their house, now is the time to hand it in to local Police without penalty,” Senator McKenzie said.

“The safety of those in our community comes first and we have all heard what can happen if firearms get into the wrong hands.”

The amnesty allows anyone in Australia to hand in unregistered or unwanted firearms from 1 July.

People who have an unregistered firearm or firearm-related item will be able to surrender it to a police station anonymously and without penalty, for registration, sale or destruction.

Licensed firearms dealers can also receive surrendered firearms in most states and territories. An unwanted firearm may also be handed in.

If a person does not surrender an unregistered firearm and is found in possession of it, they may face criminal penalties, including imprisonment.

To support the commencement of the amnesty, Crime Stoppers has launched a National Illicit Firearms Campaign.

“As the nation’s most trusted information receiving service about unresolved crime and suspicious activity, Crime Stoppers is pleased to partner with the Federal Government through the Department of Home Affairs on this important community safety initiative,” Diana Forrester, Chair of Crime Stoppers Australia said.

In coming months, Crime Stoppers will deliver 65 grassroots community events across the nation to encourage people to do the right thing and hand in unwanted or unregistered firearms.

“There are more than 26 million Australians who place the highest value on living in a safe community, and thousands of law-abiding people with registered firearms that they use for their work or hobby. Sadly, it is the minority who use firearms to threaten and injure others, and it is important to limit the opportunity for these criminals to access and use firearms.”

“All of us have seen the harm that is caused by the unlawful use of a firearm and the impact on community confidence that often follows, which is why we all have a part to play in making our community safer – that’s our aim,” Ms Forrester said.

The previous national firearms amnesty, which was held over a period of only three months in 2017, was incredibly successful and resulted in over 57,000 firearms being handed in across Australia.

Further information, including the process to surrender a firearm in each state or territory, is available at www.crimestoppers.com.au/firearmamnesty.