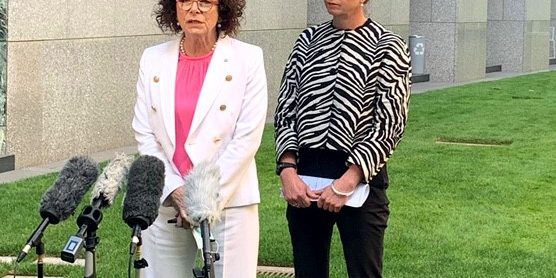 Nationals Senate Leader and Senator for Victoria Bridget McKenzie said the Victorian Andrews Labor Government had no excuse for not delivering the Murray Basin Freight Rail project as originally agreed to.

Deputy Prime Minister and Minister for Infrastructure, Transport and Regional Development Michael McCormack said the extra funding, which includes $5 million for planning the standardisation of the network, is in addition to the $240.2 million the Federal Government has already committed to the project.

The Victorian Government requested the package following its completion of a revised business case.

“Only after being called out by The National Party did this city-focused state government front up and admit it would not deliver this project as promised without further Commonwealth money,” Senator McKenzie said.

“This additional $200.2 million will fund the most extensive package of works outlined by the Victorian government in its revised business case, as well as fixing key issues caused by short-cuts the Andrews Labor Government took in works to date.

“The Nationals understand this is a vital project to meet the growing needs of industry and have worked tirelessly to see the complete standardization of the network delivered as originally envisaged – delivering efficiencies in getting product to port and supporting thousands of jobs.

“It is what industry wants, what the consultation committee set up by the Victorian Labor Government wants, what was promised, what was agreed to and what has been funded.”

“Regional Victoria wants and expects the Premier and minister Jacinta Allan to complete this original project with a fully standardised freight rail network to get our grain to port and get thousands of truck movements off country roads.”

“There are no more excuses. The Andrews Labor Government must get on with the job in the interest of regional Victoria.”