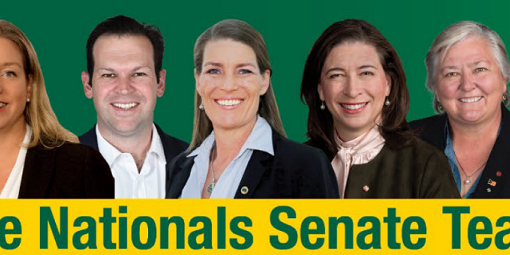 Today in the Senate, The Nationals supported a motion calling on the Federal Government to rule out appealing the recent Federal Court decision which found the Gillard Labor Government’s 2011 decision to ban live exports was invalid.

“It was The National Party in 2011 who really fought the Labor Party’s decision which decimated this important billion-dollar industry,” Nationals Senate Leader Bridget McKenzie said.

“A very reckless Labor government banned the live cattle trade overnight with no consultation and we saw regional communities severely impacted for many, many years, not just economically but socially.

“As National Party Senators we see the decision by Justice Rares as vindication of the argument we have put forward since 2011 and claims of compensation is something we need to rectify swiftly because it has been nine long years.”

“Justice delayed is justice denied. After almost a decade of fighting against Labor’s reckless decision, it is time for justice to happen for those who suffered from the ban,” Senator Canavan said.

“The government should not appeal this decision because that would just prolong the pain for people who have done nothing wrong.”

NSW Senator Perin Davey said the role of government was to support industry not ban it.

“Our live export industry is the most regulated and the most committed to animal welfare in the world and I stand by it proudly,” Senator Davey said.

Senator McDonald said the Labor government of the time showed it didn’t understand regional Australia and its industries, and that lack of understanding continued today.

“It’s impossible to put into words the hardship people suffered as a result of this ill-thought-out kneejerk ban,” Senator McDonald said.

“Graziers already battle the uncertainties of commodity prices and weather, so to have your own Government attack you like this was entirely unexpected and – in the words of Justice Steven Rares – was capricious and unreasonable.”

NT Senator Sam McMahon said Labor’s 2011 live export ban served as a reminder of what to expect from any Labor Government.

“The economy of the Northern Territory is deeply dependent upon the live cattle export industry and government should get out of the way and let the industry do what it does best – create jobs and boost the economy,” Senator McMahon said.