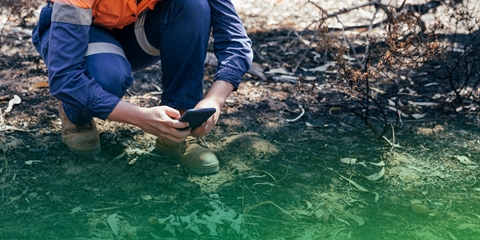 A $448.5 million Regional Bushfire Recovery and Development Program will provide North East Victorian communities with additional funding and expertise to revive the economy following the devastating 2019-20 bushfire season.
The program is being funded as part of a broader $650 million package for impacted communities announced by the Government today. The package is included under the Liberal and Nationals Government’s $2 billion National Bushfire Recovery Fund.
“During the devastating 2019-20 bushfire season, the economic impact to the agriculture, tourism and forestry industries in Towong and Alpine shires was $36 million and $45 million, respectively,” Nationals Senator for Victoria Bridget McKenzie said.
“On top of that, Wangaratta, Wodonga, Indigo and Mansfield LGAs felt the economic impacts of between $2 million and $13 million.”
Senator McKenzie said the support from this latest funding boost would back local projects and recovery plans, as well as initiatives that benefit all bushfire-affected communities.
“Strong economic recovery in the Upper Murray and right across Indi and the North East will enable families and businesses to get back on their feet sooner and rebuild their lives after the devastation they so courageously survived,” Senator McKenzie said.
“This program is an opportunity for the community to share ideas and projects with the National Bushfire Recovery Agency through the state government who will work with local governments to roll-out support as quickly as possible. It recognises the importance of communities across the bushfire-hit North East having a voice in the recovery process.”
Projects and initiatives will be tailored using local knowledge. They could range from initiatives that promote economic activity and support community wellbeing, to projects that focus on the landscape and water, replacing produce and stock, or building future resilience.
Senator McKenzie said the funding would support communities to ‘build back better’.
“Our Upper Murray and North East communities will work with the National Bushfire Recovery Agency and state and local partners to provide input on priority projects as soon as possible.”
The $650 million package also includes:
• $15 million to assist the forestry industry with the increased costs of transporting burned salvaged logs over longer distances to surviving timber mills or storage sites in bushfire affected areas in Victoria and New South Wales.
• $13.5 million for community wellbeing and participation, backing Primary Health Networks with additional funding to provide critical, localised support for bushfire affected individuals to ensure their emotional and mental wellbeing.
• $149.7 million for bushfire recovery related to species and landscapes such as habitat regeneration, waterway and catchment restoration including erosion control, weed and pest management.
• $27.1 million for strengthening telecommunications capabilities before the next bushfire season including the deployment of approximately 2000 satellite phones to rural fire depots and evacuation centres.
Further details are available on the National Bushfire Recovery Agency website at www.bushfirerecovery.gov.au