Focusing On The Wellbeing Of Rural Men Through Men’s Sheds 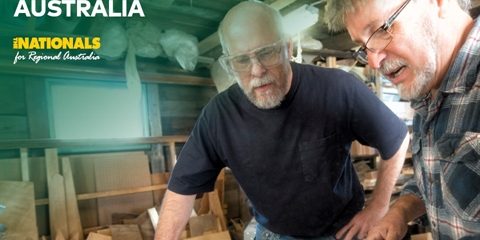 The Nationals in Government supports the health and wellbeing of rural men with Men’s Sheds across Victoria to receive more funding.

A total of 135 Men’s Sheds nationally will share in $500,000 in grants under the latest round of funding,including those in Indi in north-east Victoria for:

On average, one in eight men will experience depression and one in five will experience anxiety at some stage of their lives. The number of men who die by suicide in Australia every year is nearly double the national road toll.

“Belonging to a social group is vitally important for emotional and mental health and for many the local Men’s Shed is an important place to meet up and participate in meaningful projects,”
Senator McKenzie said.

“To stay healthy, we need to do regular activities and stay connected with the people around us and this is why our local Men’s Shed has become an important part of rural Victorian
communities.”

Since 2013, the Liberal-Nationals government has provided $4.92 million through the National Shed Development Program to support Men’s Sheds across Australia.

In this year’s budget, the government announced continued and expanded funding to support the Men’s Shed movement ($11.1 million over 4 years). It consists of: