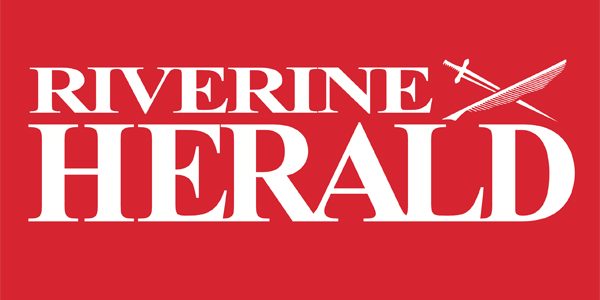 Echuca-Moama worse off than Melbourne lockdown
By Anna McGuinness
Senator says border rules are unfair on residents and businesses
CAMPASPE residents are experiencing worse impacts from the border closure than people in lockdown in Melbourne, according to Senator for Victoria Bridget McKenzie.
In a visit to Echuca last Thursday, Senator McKenzie said she had written to the NSW and Victorian premiers about issues facing border communities.
“You can drive out of Melbourne today and it’s a booze bus-like approach to stop people leaving a locked down hotspot area,” she said.
“I can’t walk across (Echuca-Moama) bridge without photo ID, the right kind of permit and having to answer every question the ADF or police officer asks of me.
“These are two completely different ways of dealing with a problem which exists hundreds of kilometres away in Melbourne – we’ve just got to continue to speak up because nothing is changing.” Senator McKenzie said the National Party wanted to see a local critical exemption permit to allow workers outside the current border zone to go to work over the Murray River.
“Businesses are supported by workers on both sides of the river that are in excess of the original 50km (border zone),” she said.
“The greatest tragedy will be if small businesses here in Echuca-Moama have to sack locals simply because city-centric premiers don’t understand the way we work.” Senator McKenzie said the border closure would have a decimating effect on the local economy.
“Billions and billions of dollars is contributed to both the Victorian and NSW economies from these border communities, which is all at risk because of these very short-sighted decisions,” she said.
“The worst outcome will be if we survive the COVID-19 crisis but we have thousands of people on both sides of the river who have lost their jobs simply because they could not get the permit to get to work.” Under the tougher NSW-Victoria border restrictions enforced from July 22, seasonal workers were banned from entering NSW.
The decision has drawn criticism from local politicians, including Victorian Member for Murray Plains Peter Walsh.
“A lot of agriculture here requires that workforce on farm and yet the NSW Government is not letting seasonal workers across to perform those tasks,” Senator McKenzie said.
“It’s going to cost primary producers hundreds of thousands of dollars in lost export opportunities and future growth potential.”